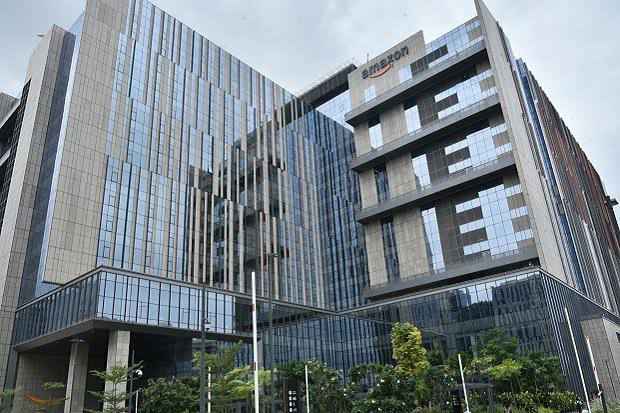 Amazon announces that its new campus in Hyderabad is its first owned office building outside the United States and the single largest building globally. It is spread over 9.5 acres of land and it is built to house more than 15,000 employees of its over 62,000 workforces in the country.

The campus holds 2.5 times more steel than the Eiffel Tower, measured by weight, and its total built-up area, when spread out, will cross over 68 acres of land, which is equivalent to nearly 65 football fields.

“Telangana State is pleased to host Amazon’s largest building campus in the world. Amazon has played a significant role in creating job opportunities in Hyderabad for more than a decade. This office was built in a record time of just over 3 years, showing the ease of doing business with the Government of Telangana. It also showcases our investment-friendly policies and commitment to formulate a hub for the high-quality talent pool,” Telangana chief minister K Chandrashekar Rao said in a statement.

“We are delighted to inaugurate our largest campus building globally here in India at Hyderabad. This new Amazon campus building is a real commitment to that long-term thinking and our plans for India,” Amit Agarwal, SVP and Country Manager, Amazon India said on the event.

Speaking to Reuters on the interests of the inauguration of the campus building in Hyderabad, Amit Agarwal said that India requires to encourage e-commerce and decrease red tape to help improve its domestic economic growth. “There is so much opportunity to just let e-commerce increase versus trying to define every single guard rail under which it should operate,” he said in a statement to Reuters. “I feel e-commerce can really accelerate India’s economy in a big way if it’s just allowed to grow,” he adde