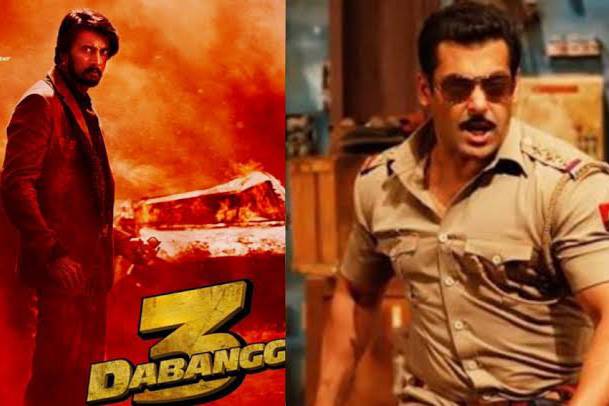 Salman Khan is all geared up for the release of his upcoming film Dabangg 3. After releasing the first motion poster of the film recently, the actor today introduced the villain of his action drama. South star Kiccha Sudeep is playing the role of Balli Villain in the film who is the leading opponent in Dabangg 3.

It was on Monday that Salman Khan declared the wrap of Dabangg 3 on the birth anniversary of veteran actor Vinod Khanna. The actor shared a video in which he is seen standing with the entire team of the film.

The promotions of Dabangg 3 have kick-started with a bang. Recently, Salman Khan took to social media to announce that he will be promoting the film in his Chulbul Pandey avatar. In a quirky video, in which Salman Khan is viewed in his Chulbul Pandey avatar, the actor admits that the handsome police inspector will promote the film till its release.

Salman Khan was seen with the debutante at the recently held IIFA awards. Dabangg 3 has two parallel tracks – one set in the present and the other tracing Chulbul Pandey’s past, and fans are eager to see Salman Khan back on the 70 mm as Chulbul Pandey.

Dabangg 3 will be released in four Indian languages- Hindi, Tamil, Telugu, and Malayalam on December 20, 2020.