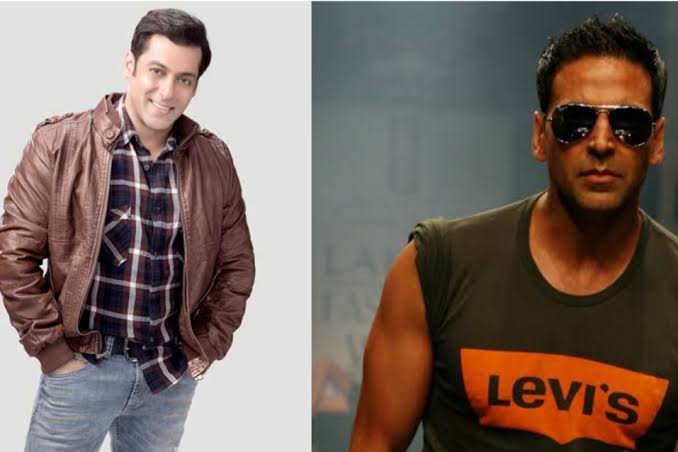 A clash between Salman Khan and Akshay Kumar looks certain, regardless of how many times the actors choose to delay or advance their films. After it was announced that Salman Khan and Alia Bhatt’s Inshallah, directed by Sanjay Leela Bhansali, was postponed indefinitely and won’t release on Eid 2020, it was later declared that Akshay Kumar’s Laxmmi Bomb would hit the screens then.

It doesn’t end there. Salman Khan, who tweeted ominously the previous night that Inshallah would be paused but he would still “see everyone on Eid”, is holding fast to that promise. Salman just tweeted, “Itna mat sochna mere baare mein, Dil mein aata hoon.. aur Eid pe bhi.” This is a reference to dialogue from his film Kick, where he says, “Dil mein aata hoon, samajh mein nahin.” This is what Salman Khan giving a hint to fans that he will release Kick 2 on Eid 2020.

As per some rumours has it that Salman plans to release Kick 2 around that time. Kick 2 will be produced by Nadiadwala Grandson Entertainment and Sajid Nadiadwala, who directed Kick (2014), starring Salman Khan and Jacqueline Fernandez, will be turning to direct the sequence.

Akshay Kumar’s Laxmmi Bomb is a remake of South movie “Kanchana”. Directed by the Same director of the south ‘Raghava Lawrence”.

Earlier, Akshay Kumar’s Sooryavanshi was meant to run the screens on Eid 2020. However, to avoid a clash with Salman Khan’s Inshallah, the film was pushed to March 2020. It seems as if a face-off between Akshay and Salman is necessary as Akshay’s Laxmmi Bomb is hitting the screens on Eid 2020, May 22. Salman is yet to declare which film will release on that day Inshallah or Kick 2.
Earlier in the day, Bhansali Productions stated that Inshallah would “not be happening for now”. The makers tweeted, “Bhansali Productions has chosen to not go ahead with Inshallah for now… An additional announcement will be out soon… God willing.”