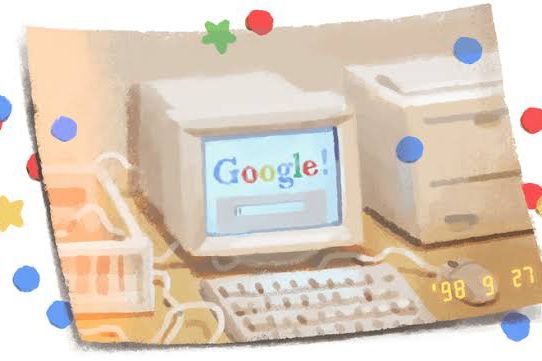 The company was founded in the year 1998. The leading search engine technology firm deals in internet-related services and products that cover online advertising technologies, cloud computing, software, and hardware.

Google celebrated its 21st anniversary with a Doodle on September 27.

Larry Page and Sergey Brin invented Google in their rooms at Stanford in California. The two had published a paper about launching a prototype of a large-scale search engine.

Before finding Google, the two had also developed a search algorithm known as Backrub’.

However, the two zeroed in on the name Google for their plan because it resembled with the name googol which is a mathematical term meaning 10 raised to the power of 100. In fact, they wrote about this in their paper too, “We chose our systems name, Google, because it is a common spelling of googol, or 10100 and matches well with our goal of building very large-scale search engines.”

Though the search engine celebrates its birth anniversary today, September 27 was not always its official birthday. Until 2005 the website celebrated its birthday on September 7.

But since 2005, it has registered its birthday on September 8, September 26 and, recently, September 27. Today, Google goes all over the world and in over 100 languages, answering trillions of search queries each year. The scale is obviously large.