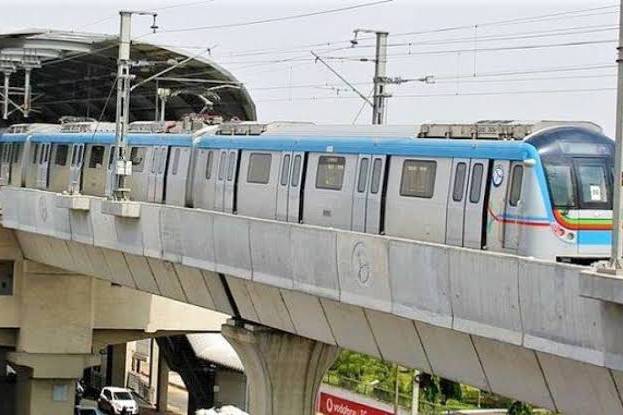 In a freak accident, a 24(or)26-year-old woman was killed in Hyderabad after a solid concrete part from the metro station fell on her on Sunday.

A woman who was standing there to take shelter from the rain, then suddenly a piece of concrete fall on that women.

“The sharp edge of the piece dropped on a young lady’s head from about 9 meters height and she, unfortunately, succumbed to the head injury while she was being taken to a nearby hospital,” said NVS Reddy.

Some of the images after that incident :

The victim has been recognized as 24 or 26-year-old Monica, a resident of KPHB of Hyderabad. She was a housewife and her husband is a TCS (Tata Consultancy Services) employee as per some reports she too works in TCS.

In the beginning phase, the 30 KM range of Hyderabad metro was launched by PM Narendra Modi on November 2017.

The metro officials stated it will pay satisfactory compensation to the victim’s family. However, no comments were made by the metro authority over the poor maintenance of the station.