Gold rates increased, the rupee moved to its lowest value this year, at over Rs 72 for a dollar - ScrollSocial
Thursday, December 8, 2022 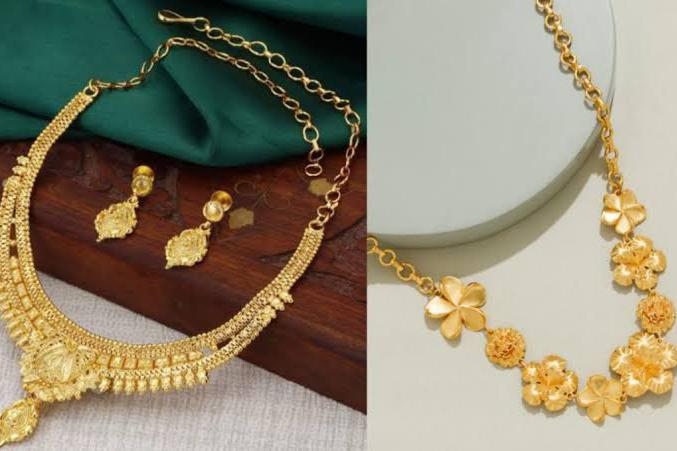 Gold prices breached the Rs 40,000 value for 10 grams on Monday morning and reached a three-year high, and silver followed suit as well. This occurred amidst a trade war, an increase in demand and a continuous slide in the rupee’s value.

While gold prices grew, the rupee slipped to its lowest value this year, at over Rs 72 for a dollar. Gold prices increased over the world and reached a six-year high, between the ongoing trade war between USA and China.

“This is really an unprecedented high, but drop by at least 20% in US Dollar terms. Presently, it is $1,545 on the Comex, below that $1,920 in September 2011,” expert and former All Indian Gems & Jewellery Federation Chairman Bachhraj Bamalwa told IANS. Comex is the market for metals trading.

Why the Gold Prices are Increasing

The need for gold shows the expectations about the future; the price of the precious metal leads to rising between uncertain economic situations or political explosion.

According to Bamalwa, if the present global political trials and the trade wars continue to increase, then the gold prices may shoot up further, crossing Rs 41,000 per 10 gm in the next few months.

However, he announced that despite the zooming prices, demand for gold may be marginally changed, around 10% or so, as the wedding and the festive season begins next month.

The Indian government also depressed the spirits of the gold customers by a hike in the import duty from 10% to 12.5% in the budget.

Gold is however very much considered to be one of the initial investment options of Indians and is also considered a safe investment opportunity which is highly liquid. Higher prices of gold would mean that that it may be out of reach for consumers, and hence traders believe that along with a drop in sales, customers will choose to recycle their gold in the upcoming season.

All Indian Gems & Jewellery Federation Chairman Bachhraj Bamalwa stated that rather of fresh purchases, people may opt for recycling of old gold, at least up to 25%, in view of the higher prices.

Mumbai Jewellers’ Federation President Rakesh Shetty told that sales have decreased by over 65%, and hence, recycling of gold will go up. While consumers most certainly have to strip out more for gold, Shetty said that recycling of gold is as high as 70%.

“People really prefer to bring in their old gold and pay the making charges for their requirements as the current rates are too high. If the current global changes continue, then we expect it to cross Rs 41,000 for 10 gram by Diwali, which is not a healthy sign for the industry,” Shetty told IANS.

According to the Times of India, the Bengaluru Jewellers’ Association announced that their businesses had come down to 20-25%.