Reliance Jio to charge for voice calls made to another telecom operators 6 paise a minute - ScrollSocial
Thursday, December 8, 2022 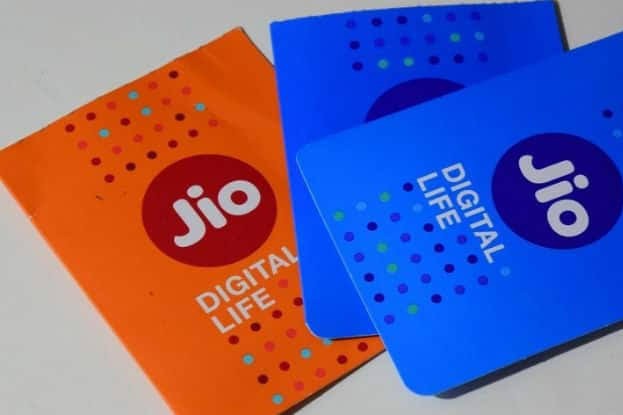 India’s only profitable telecom operator Reliance Jio has gone back on its three-year-old promise to keep voice calls free and will immediately start charging for outgoing calls made to rival networks — BSNL, MTNL, Airtel, Vodafone and Idea — at 6 paise a minute.

The Jio operator stated it “has been compelled, most reluctantly and unavoidably,” to do this after the Telecom Regulatory Authority of India’s (Trai) decision to review the date for scrapping interconnect usage charge from 1 January 2020, has led to regulatory uncertainty.

“For all recharges done by Jio customers starting today, calls made to other mobile operators will be charged at the prevailing IUC rate of 6 paise per minute through IUC top-up vouchers till such time that TRAI goes to zero termination charge regime,” Jio announced in a statement on Wednesday.

Jio will give additional data entitlement of equal value based on IUC top-up voucher consumption so as to assure no increase in tariff for customers, the Jio company said.

Interestingly, this comes three weeks after Trai on 18 September floated a new consultation paper to see if there is a need to change the applicable date for scrapping IUC, given the continuing imbalance in inter-operator traffic.

Scrapping the IUC or decreasing it would benefit an operator with more outgoing traffic than incoming calls. As of June end, 64% of Jio’s total traffic is outgoing. Bharti Airtel and Vodafone, Idea would stand to gain if Trai judges to postpone the date of scrapping IUC as these telcos enjoy extra incoming traffic than outgoing.

Reliance Jio, however, believes that the traffic is asymmetric because competitive telcos have kept 2G voice tariffs high.

Reliance Jio: “The price differential of free voice on Jio network and exorbitantly high tariffs on 2G networks makes the 35-40 crore 2G customers of Airtel and Vodafone-Idea to give missed calls to Jio customers. Jio network holds 25 to 30 crore missed calls on a daily basis,” Jio stated on Wednesday.

Bharti Airtel, however, without naming Jio, has announced that one of its competitors has suggested that Trai has re-opened this problem while the regulator in September 2017 had already said it may undertake an exercise to revisit the matter at a later date.

Airtel: “Obviously, this off-net charge being levied, therefore, is to force IUC to be brought down despite the heavy load it puts in the receiving network. We are grateful that this very timely consultation paper to reassess IUC has been issued by Trai,” Airtel said in a statement on Wednesday.

Meantime, Jio has also stated that these charges will only continue till the time the regulator abolishes the IUC.

In September 2017, Trai had requested a reduction in IUC to six paise per minute from 1 October 2017 from 14 paise earlier and an end to it from 1 January 2020. Telecom operators, already reeling from a brutal price war that started with the entry of Reliance Jio Infocomm Ltd in September 2016, were hit hard by the order.

At the time Trai determined to scrap IUC, Airtel, Vodafone and Idea had resisted the change, while Jio was in favour.

“Despite Jio becoming comparable subscribers with rivals, termination of traffic is skewed in support of incumbents. Now even Jio feels it can’t justify this subsidy forever – them paying IUC charges but still keeping voice calls free.

Mahesh Uppal, director at communications consulting firm ComFirst India said. For Jio consumers, this is not good news as they were used to free calls. Jio starting to charge calls is also good for rivals as this is an upward movement in tariffs for Jio customers. This gives some breathing room to incumbents.