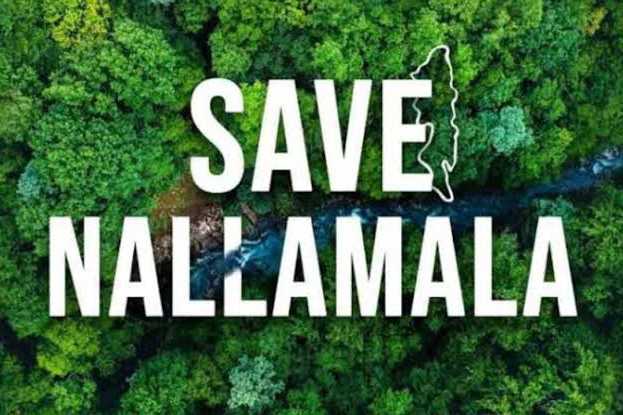 The battle to save the Nallamala forests gained further momentum on Friday with leading celebrities joining the voices against the proposed uranium exploration and mining.

Initial arrangements for uranium exploration are underway in Nallamala forest, which is divided across several districts in Telangana and Andhra Pradesh. The Centre, hoping that the process of nuclear power generation will be beneficial in the long run, has granted ‘in-principle’ permission for survey and exploration of uranium over 83 square kilometres.

However, environmentalists say that the mining of radioactive substances like uranium is often known to contaminate the local environment. The move will also remove the Chenchus, an Especially Unprotected Tribal Group (PVTG) in Telangana.

#SaveNallamala was trending on the social media with actors, sportspersons, NGOs, environmentalists and concerned citizens throwing their weight behind the online campaign. Popular actress Samantha Akkineni signed an online petition directed to the President urging him to negotiate to save the forests spread over Telangana and Andhra Pradesh.

“I hear all of your attention on the matter of uranium mining in Nallamala forest. Promise you all that I shall personally discuss the matter with Hon’ble CM KCR Garu,” KTR, who is also Working President of the Telangana Rashtra Samithi (TRS) and son of the Chief Minister, tweeted.

The online petition, also signed by actress Anasuya Bharadwaj, voiced concern over the influence the uranium exploration will have on the forests, part of which comes in Amrabad Tiger Reserve and Nagarjuna Sagar Tiger Reserve.

Actor Randeep Hooda tweeted.”Do we need development? Yes!! But at what cost? Uranium mining will not only destroy the forest, but it will also contaminate the soil, flora and fauna. The waste will flow into the rivers and spread for miles & affect thousands of Indians.”

The Centre in May this year gave in-principle clearance for uranium exploration in Nallamala forest.

Popular actor and Jana Sena Party (JSP) leader Pawan Kalyan has also already stated his support against uranium exploration and mining. He supported the campaign launched by Congress party and said politicians should decide whether they want to leave a ‘Bangaru’ (golden) Telangana or uranium-polluted Telangana for future generations.

Vijay Devarkonda, known as ‘Rowdy Boy’ on Thursday came out in support of the Save Nallamala campaign. “20,000 acres of Nallamala is at the risk of being destroyed. We have destroyed our lakes, flooded our states, caused drought in others and polluted most of our drinking water sources.

The quality of our air is declining everywhere. Multiple cities are running out of the water to drink, brush, shower, wash and everything else. And we continue to justify destroying any small good that is left. Next, in line are the lush green Nallamala forests.”