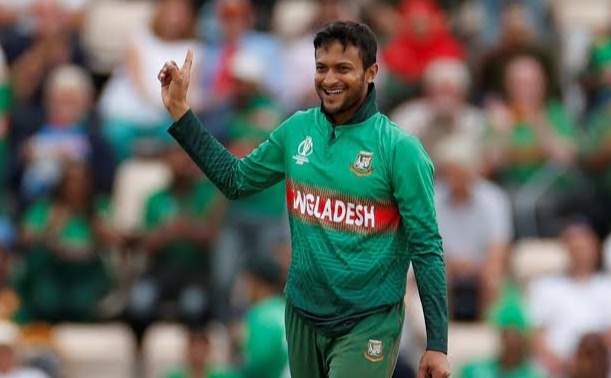 ICC– The International Cricket Council has banned Bangladesh player Shakib Al Hasan from all cricket for two years, with one year of that suspended, after he accepted three charges of breaching the ICC Anti-Corruption Code.

Article 2.4.4 – Failure to disclose to the ACU full particulars of any offers or invitations he received to engage in Corrupt Conduct – in relation to Bangladesh, Sri Lanka and Zimbabwe Tri-Series in January 2018 and/or the 2018 IPL

Under the terms of the Code, Shakib al Hasan decided to accept the charges and agreed on the sanction with the ICC in lieu of an Anti-Corruption Tribunal hearing.

Subject to him satisfying the restrictions in respect of the suspended part of the sanction, he will be free to resume international cricket on 29 October 2020.

Shakib Al Hasan said- “I am obviously extremely unhappy to have been banned from the game I love, but I completely accept my sanction for not reporting the approaches. The ICC ACU is reliant on players to play a central part in the fight against corruption and I didn’t do my part in this instance.

“Like the majority of players and fans around the world, I want cricket to be a corruption-free game and I am looking forward to working with the ICC ACU team to continue their education programme and assure young players don’t make the same mistake I did.”

Alex Marshall, ICC General Manager – Integrity stated: “Shakib Al Hasan is a very experienced international cricketer. He has attended many education sessions and understands his obligations under the Code. He should have reported each of these approaches.

Shakib has accepted his mistakes and agreed fully with the investigation.

He has offered to help the Integrity Unit in future education, to help more junior players to learn from his mistakes. I am happy to accept this offer.