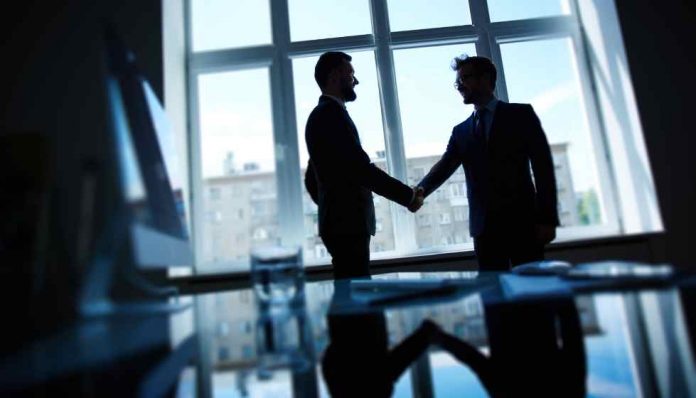 Drafting a partnership agreement before undertaking a project is probably one of the most important steps that future freelancers must take. It establishes a series of parameters that directly affect the development of the activity and the role that each founder will have in it.

From how important business decisions are going to be made to what to do if it does not work. It has to be dissolved since the partner’s agreement is a document signed by all the company partners to safeguard the future of the same.

Although it is a document that entrepreneurs are not obliged to write, the experience of entrepreneurs and experts supports that “it is highly recommended to carry it out” to avoid present and future problems.

In this way, the partners ensure that the other parties cannot make an important decision regarding the company’s proper functioning without first agreeing with the others.

For example, selling their shares to a third person without the other partners’ consent or deciding the company’s future alone.

What is a Partnership Agreement?

The bases of this agreement respond to the “will of the partners to adapt the company’s operating system to the special needs of entrepreneurs, thus completing the system provided for in the bylaws that they will sign later,” explained the lawyer.

In addition, Adeva pointed out that the partners’ agreements have a contractual nature. They have the same consideration as a contract between the partners who prepare and sign it. In this way, all the participants have the ” obligation to comply with all the rules included in the document,” pointing out the person in charge of the commercial law area.

How is an Agreement Between Partners Drawn Up?

According to experts, there is no single way to write a partnership agreement since each one must be according to the characteristics of the company and the partners.

However, there are two characteristics in the preparation of this document in which the experts agree: the first is that it must be written before starting the company; and the second is that its wording is formal because although the partners are not obliged to prepare one, it -once signed- does have legal validity and can be used as evidence if any of the clauses.

Each partner agreement must be unique and inherent to the business model and the company’s creators. Despite this, some aspects coincide in all partner agreements that serve to resolve conflicts, define the tasks of each partner, and how new participants enter.

Governance of the company: exhaustively detail the company’s regulations. That is, how to act in conflict situations, the decision-making process, and the formation of the shareholders’ meeting.

Functions of the partners: detail what the partners’ work is, the time they are going to dedicate to the project, and the amount they will charge for the exercise of their activity.

Commitment: both permanence and non-competition -unfair competition-. The first will force the partner to remain in his position during the agreed time or the fixed work, and the second will mean that the partners cannot compete with each other during the company’s term and, even when they cease to be part of the company.

Confidentiality: the partners undertake not to reveal information that could endanger the company’s operation.

The person in charge of the commercial law area pointed out that “it is advisable to ask for legal advice and advice from specialists in the field when writing it so that everything is clear and detailed.”

Once established, the contract must be signed by all the partners to whom it applies, and, later, “it is usual for the agreement to be raised to a public deed,” said the lawyer. In addition, if you want the agreement to bind the company, the document must be publicized “so that the company knows it.”

Types of Agreements Between Business Partners

1. Relationship agreements: their purpose is to regulate the partners’ relationships. Although it does not directly affect the company, it does serve to determine the subjective interests of the partners themselves.

For example, the agreements on preferential acquisition rights, conditions that the new partners or administrators must meet, restrictions on the transferability of shares and social participation, etc.

2. Attribution agreements: the purpose of this type of agreement is the recognition of advantages for the company itself. How to finance the company and limitations of competition.

This is the term that the self-employed have to make their workers permanent.

3. Organization agreements: the main objective of this agreement is usually to establish special rules, outside the law itself and the bylaws, on the system for adopting agreements at the General Meeting, the composition, powers, and operation of the body of administration.

What Advantages Does it Bring to Partners?

The partner’s agreement is an “essential” procedure for experts in the field. In fact, “the companies that have this document have proven to be more efficient and far-reaching than those that decided not to do so .”

The agreement only affects the partners who have signed it, “but its provisions are not opposable neither to the company nor to third parties; in this way, it would not be possible to invoke the breach of a partners’ agreement to annul a social agreement adopted by the General Meeting, “explained the lawyer César Adeva.

What is achieved with the pact is ” to adapt the regime of the company to the needs of the partners.” Thus, as exemplified by the expert, “if what is sought is to acquire a position of control in a company, it is often necessary to sign a syndication agreement for shares or a vote. The signing partners obtain control at the General Meeting of Shareholders”.

In other cases, what is sought with the pact is to overcome the limitations that the law establishes for the content of the bylaws. “For example, the law does not specify that the unanimous agreement of all the partners is necessary for the bylaws.

In this way, “if the obligation is breached, the other partners may claim the corresponding compensation from the defaulting partner, which is usually also set in the partners’ agreement in a penalty clause. ”