Acquiring IoT in Companies, Why do companies use IoT?
Sunday, July 3, 2022 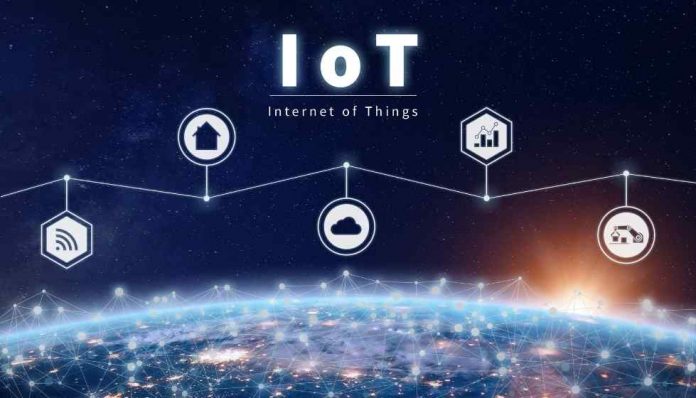 The technological giants reveal through their different reports what is the state of adoption of IoT (Internet of Things) in companies.

IoT Signals is the report by Microsoft Corp., which interviews more than 3,000 IoT managers and takes a global view of the effect that the adoption of the Internet of Things is having on companies today.

This study concludes that IoT is growing so fast that those surveyed think that 30% of their income will depend mainly on the Internet of Things within two years.

85% of users surveyed are currently in the IoT adoption phase.

88% consider that implementing the Internet of Things is decisive for achieving business success.

Virtually all (97%) are concerned about security when implementing IoT.

In addition, 38% of those who adopt IoT highlight its degree of complexity and the technical problems involved in its use, ultimately being a barrier to its adoption.

Another of the points on which the report speaks has to do with those technologies that will be essential to guarantee the success of the IoT. We are talking about Artificial Intelligence, Edge Computing and 5G.

The IoT Barometer is one of the most critical global surveys on innovation and the investment that companies are allocating to IoT.

This study, which carried out the analysis with 1,278 SMEs and multinationals, details how these organizations understand and incorporate the Internet of Things into their business strategies.

The use of IoT increased from 2013 to 2017 by 29%, with transport, logistics and retail being the sectors that registered the highest growth.

84% of the organizations in the barometer consider that the adoption of solutions has been increasing.

More than half of companies (55%) incorporate IoT to reduce costs and risk and increase revenue, and 46% adopt IoT through ERPs. On the other hand, among the advantages highlighted in this Vodafone report.

1. Companies with more devices see a significant return on investment.

95% recognize that the adoption of IoT is achieving beneficial tangible results. The companies with the most devices (more than 50,000) are obtaining a higher percentage of this return on investment.

Specifically, 88% of these companies that say they have obtained benefits with IoT are investing more in this type of solution.

More than half (51%) who have adopted IoT say that their income increases or generates new revenue.

Why do Companies Use IoT?

Regarding the risks, the Vodafone barometer coincides with the first of the reports, in the sense that security continues to be one of the main concerns.

Aruba Report ‘ The Internet of Things: Today and Tomorrow’

Based on enterprise IoT deployment forecasts, this Aruba report announces that 85% of organizations plan to include the Internet of Things by 2019.

The main reasons are the need for innovation and efficiency.

This study was carried out with 3,100 business leaders in 20 countries, and although practically all of them understand the IoT, most are still not very clear about what it means in practice for a business.

Aruba and its report focus more on IoT adoption maturity levels by industry.

Although we consider that in the latter, 81% have given feedback reflecting that there is a better experience with customers.

Security is still in the spotlight. The Aruba report reveals that no less than 84% of companies experienced some IoT security breach, an aspect that creates a significant barrier when it comes to implementation.

In short, these three reports provide objective data in a broad sense and straightforward way about what IoT means in companies.

In the same way, and despite the challenges that security presents in particular, they help us to rethink in general terms that the Internet of Things at the enterprise level can have a considerable impact on profits and business results.