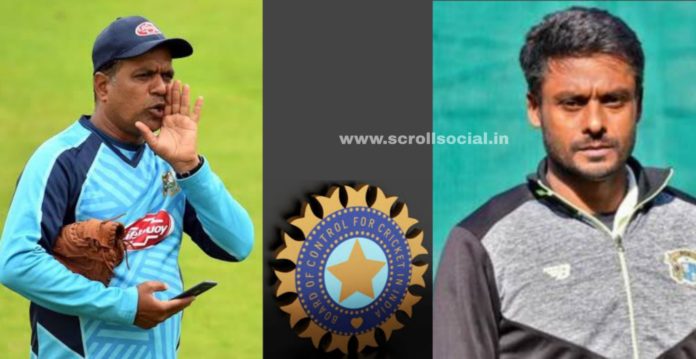 Former India cricketer players Sunil Joshi and Harvinder Singh have arisen as to replace MSK Prasad and Gagan Khoda in the senior BCCI selection committee, which will be finalized on Wednesday.

Sunil Bandacharya Joshi is a former Indian cricketer. He is an all-rounder who bowls slow left-arm spin and bats left-handed he was an active player from the year 1996 to 2001.

Harvinder Singh is an Indian cricketer who played in 3 Tests and 16 ODIs from 1997 to 2001. Harvinder Singh mostly played domestic cricket for Punjab and Railways.

The new BCCI selection committee will select the Indian team squad for the home series against South Africa, candidates for which have been shortlisted, and will appear before the Cricket Advisory Committee (CAC) for interviews in Mumbai on Wednesday.

The other candidates, who have selected and will appear for the interviews before the CAC, are Venkatesh Prasad, Rajesh Chauhan, and Laxman Sivaramakrishnan.

Sunil Joshi could emerge as the consensus candidate to replace MSK Prasad as the chairman of the BCCI selection committee. The tenures of MSK Prasad and Gagan Khoda are already over while there are, however, a few months left for Jatin Paranjape, Sarandeep Singh, and Devang Gandhi on the panel/Committee.

BCCI may continue with its policy of one selector from each zone as Sarandeep Singh, Devang Gandhi, and Jatin Paranjpe from north, west, and east zones are ongoing in the existing committee.

Besides Madan Lal, RP Singh and Sulakshana Naik are the other members of the Cricket Advisory Committee (CAC). The CAC’s quick task is to screen the shortlisted candidates for the posts left vacant by chief selector MSK Prasad (South Zone) and Gagan Khoda (Central Zone) as their tenures have ended.

For the second selector, who will replace Gagan Khoda, it could be Harvinder Singh, who has played cricket for Punjab and Railways.