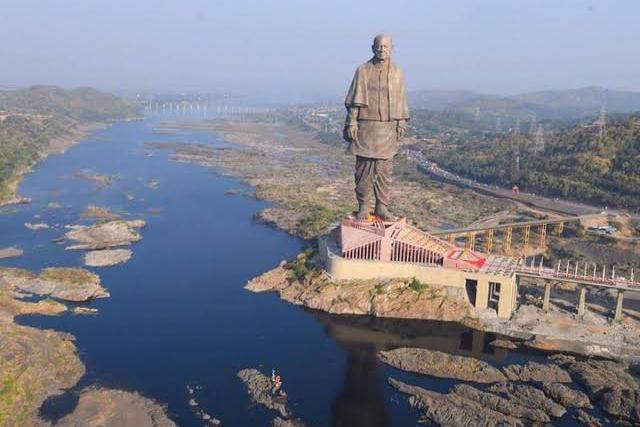 Statue of Unity in Gujarat presented it to the Time’s list of 100 greatest places in the world.

Time newly released a list of World’s 100 greatest places to visit in 2019. The list includes places to stay, places to eat and places to visit. And obtaining India proud, The Statue of Unity has made it to the list.

Sardar Vallabhbhai Patel’s statue or recognised as the Statue of Unity is located in Gujarat. Sardar Vallabhai Patel was the first Home Minister of Independent India. His statue is the world’s tallest statue standing at a height of 182 meters.

The statue is situated at the border of Narmada River facing the Sardar Sarovar Dam. The statue was inaugurated by Indian Prime Minister Narendra Modi on October 31, 2018, on the 143rd birth anniversary of Sardar Patel.

To share the interesting news, PM Narendra Modi took to his official Twitter account and wrote, “Excellent news vis-à-vis the ‘Statue of Unity’- it finds a spot in the @TIME 100 greatest places 2019 list. And, a few days back, a record 34,000 people visited the place in a single day. Happy that it is developing as a popular tourist spot!”

Excellent news vis-à-vis the ‘Statue of Unity’- it finds a spot in the @TIME 100 greatest places 2019 list.

Glad that it is emerging as a popular tourist spot!https://t.co/zLSNmwCKyc pic.twitter.com/7xmjWCz9xo

Aside from the Statue of Unity, another great Indian place made it to the list. Soho House Mumbai hotel also made an impression on the list of greatest places to stay. The list included hotels in Italy, Greece, Australia, and Japan amongst others.