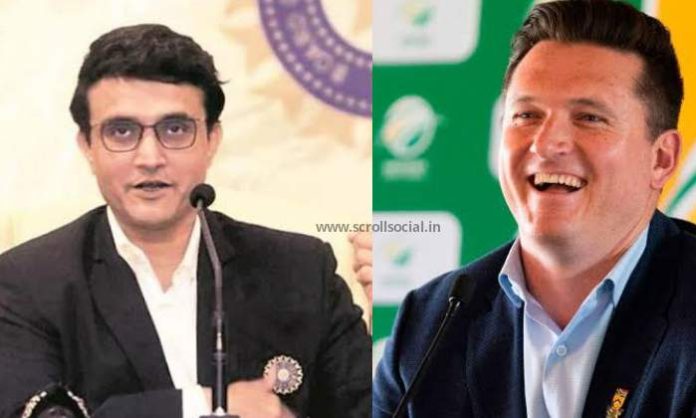 Sourav Ganguly was consistently selected as the President of the Board of Control for Cricket in India (BCCI) in October 2019. Still, the board has already sought the Supreme Court’s approval to water down administrative changes on tenure cap for its office-bearers.

As per the current constitution, an office-bearer who has completed two three-year terms, either at the BCCI or the state association, goes into a mandatory three-year cooling-off period.

Ganguly, who took charge on October 23, was to vacate office next year, but a dilution could see him stay till 2024.

Once he’s done with the BCCI, Graeme Smith wants Ganguly to take over the ICC, which is currently under the charge of Shashank Manohar.

South Africa’s Director of Cricket Graeme Smith has upheld the idea of Sourav Ganguly taking charge as the next president of the International Cricket Council (ICC) as he knows cricket’s governing body lacks “strong leadership” once the sports resumes after the coronavirus crisis.

“It is essential to have the right person as head of the ICC. Post-COVID, cricket will need powerful leadership, and it is time for someone similar to the modern game with leadership credentials to get into the position.

“It would be great to see a cricket man like Ganguly to get in the role of the ICC president. That will be good for the game. He follows the game, he has played at the highest level, and he is respected,” Graeme Smith said.

Current chairman Manohar, who has also served as president of the BCCI, has already stated that he won’t be seeking re-election once his term expires in May.

“He is a very, very good man and has those political skills,” David Gower had told.