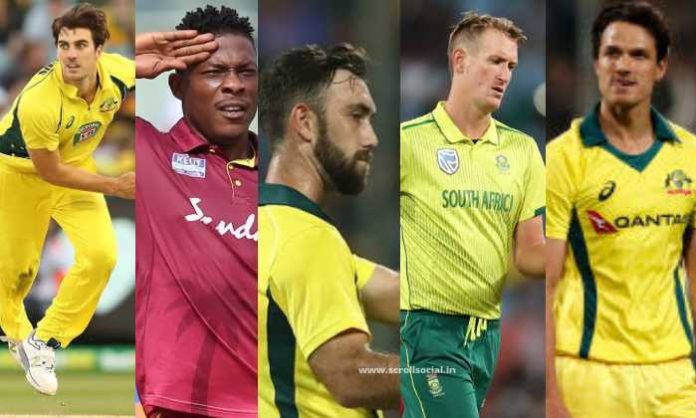 The IPL is the largest-attended cricket league in the world and, in 2014, ranked sixth by typical attendance between all sports leagues. The brand mark value of the IPL in 2019 was ₹475 billion (US$6.7 billion), according to Duff & Phelps.

Indian Premier League (IPL) is like a festival for Indians, Indians are very attached to Cricket no other sports game is famous than Cricket. Indians believe in cricket, Indians support their favourite cricket players, either the cricket player is an Indian or not.

Everyone watches IPL from a school kid to a retired employee. Indians are skilful in predicting the IPL matches, IPL Predictions are made before the game begins like which team will win, which player will make a huge score or which player will take more wickets this predicting are the joyful moments in between friends having joy with friends it’s a part of IPL in India.

As like every year, players are out for auctions, and they get a massive bid from IPL team franchisees. As per their recent achievements in their national and International cricket forms, they were chosen by team owners.

In this Year 2020, many players made hugely; many team owners grasped proficient players for their teams.

The 2020 IPL Auction was hosted for the first time at the ITC Royal Bengal Hotel in Kolkata.

Here is the list of Most Expensive Auctioned IPL players of 2020 :

Pat Cummins previously played for Delhi Daredevils they brought Cummins for 4.5 crores in the Year 2017,  in 2017, he plucked 15 wickets.

In the 2018 IPL auction, Cummins was bought by the Mumbai Indians for a price of 5.4 crores. Cummins was later ruled out of the whole 2018 tournament due to an injury.

Australian All-Rounder who can Bat and Bowl, Sold for ₹10.75 crores, Franchise: Kings XI Punjab. After Pat Cummins, Maxwell is the second most expensive player in IPL 2020.

In 2019 Maxwell was absent due to the World Cup. Well Maxwell is a one of the best All-Rounder.

In IPL 2016 Chris Morris was a tremendous player for Delhi Daredevils he performed remarkable innings against Gujarat Lions, he scored 82* runs off just 32 balls with 4 fours and 8 sixes.

Chriss Morris played for Delhi Daredevils from 2016 to 2019, but after the poor form in 2019, Delhi Daredevils released him, and then Royal Challengers Bangalore brought Morris for ₹10 crores.

Due to the best performance in the 2018 Global T20 Canada and 2019 Cricket World Cup, he made a much name in Cricket history. He finished the tournament as the leading wicket-taker.

He was the fresh face for Indians who don’t watch International matches because Sheldon Cottrell was picked the first time in IPL 2020.

Sheldon started his Debut in 2013 against India. Well unlucky Sheldon and IPL fans. “IPL 2020 suspended till further notice” due to COVID-19.

Nathan Coulter-Nile was named in the IPL XI of the tournament in 2017 by Cricbuzz.

Due to the Coronavirus “PANDEMIC” IPL 2020 suspended till further notice. It seems there will be no IPL in the year 2020. But still, an official announcement is not published by IPL officials. Stay Safe.