Irrfan Khan dies at 53 in Mumbai in the Holy Month; he left for his heavenly abode - ScrollSocial
Sunday, July 3, 2022 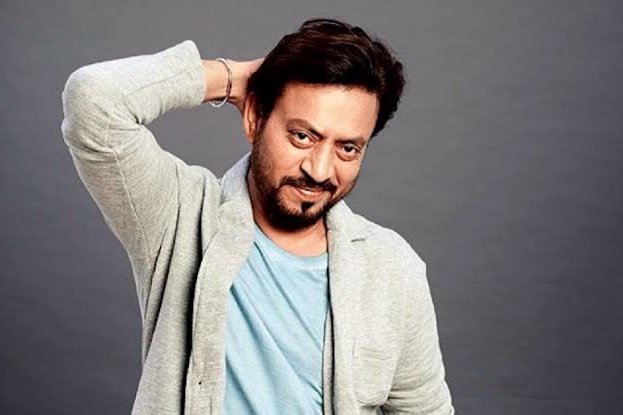 Actor Irrfan breathed his last on Wednesday, his spokesperson told in an official statement Wednesday. The Bollywood actor Irfan khan was 53 years old and was admitted to the Kokilaben Dhirubhai Ambani hospital in Mumbai when he passed away. Irrfan is survived by wife Sutapa Sikder, and sons Babil and Ayan.

“‘I trust, I have surrendered’; These were the some of the many words that Irrfan expressed in a heartfelt note he wrote in 2018, starting up about his fight with cancer.

And a man of few words and an actor of silent words with his deep-set eyes and his excellent performances on screen. It’s depressing that this day, we have to bring forward the news of him passing away.

Irrfan Khan was a healthy soul, someone who struggled till the very end and always inspired everyone who came close to him. After having been struck by lightning in 2018 with the news of rare cancer, he took life soon after as it happened, and he fought the many battles that came with it.

Surrounded by his love, his family for whom he most cared about, he left for his heavenly abode, leaving behind indeed a legacy of his own. We all pray and hope that he is at peace. And to resonate and part with his words, he had stated, “As if I was tasting life for the first time, the magical side of it, ” read the statement.

Filmmaker Shoojit Sircar tweeted his condolences for the actor.

“My dear friend Irfaan. You fought and fought and fought. I will always be proud of you.. we shall meet again.. condolences to Sutapa and Babil.. you too fought, Sutapa you gave everything possible in this fight. Peace and Om Shanti. Irfaan Khan salutes,” wrote Shoojit, who directed Irrfan in Piku.

On Tuesday, news revealed that Bollywood actor Irrfan Khan was admitted to the Kokilaben Dhirubhai Ambani Hospital in Mumbai due to a colon infection.

Irrfan’s spokesperson announced a statement on Wednesday and urged people not to panic or believe in false rumours about the actor’s health. He also affirmed fans that they will be kept updated about the same.

The full statement from Irrfan’s spokesperson earlier today read, “It’s frustrating to know that big assumptions are being made about Irrfan’s health. While we are appreciative that people are involved, it’s disheartening to see some sources spread last rumours and creating panic. Irrfan Khan is a strong person and is still fighting the battle. We request you not to fall for rumours and not partake in these fictional conversations. We have always actively clarified and shared updates on his health, and we will continue doing so.”

On Saturday, Irrfan’s mother, Saeeda Begum, breathed her last in Jaipur. The actor couldn’t visit the funeral due to the nationwide lockdown.

Irrfan Khan was diagnosed with a neuroendocrine tumour in 2018 and sought treatment in the UK for a year. The actor returned to India in February 2019 and shortly resumed shooting for his film, Angrezi Medium.

In February this year, Irrfan Khan greeted his fans in a heartwarming voice message, saying that he will not be able to promote the film owing to his health concerns.