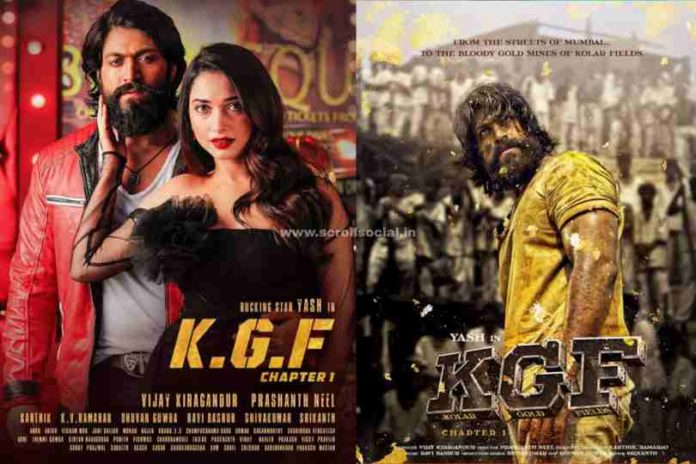 KGF: Chapter 1, Kannada actor Yash gained international recognition and won several awards and accolades for his impeccable performance after the KGF, Chapter 1, with his outstanding action and hard work he earned it.

Director Prashanth Neel’s KGF: Chapter 1, which released in 2018, became one of the greatest blockbusters of the year.

Now, after around two years, a local Telugu channel has illegally aired Yash’s KGF: Chapter 1 and put itself into trouble. Karthik Gowda, the creative executive producer of Hombale Films, took to Twitter to show his anger over the illegal telecast of the film and stated that the team is planning to file a legal action against the channel. He even posted a screenshot clicked during the telecast of the film.

He wrote, “A Telugu local channel named #Every^ is playing KGF film illegally. We will move legally against them and sue for their actions. While the satellite deal is on talks and almost finalised, a cable channel does this. We have ample proof of with screenshots, videos of the same (sic).”

His post drew the attention of many and comments begun pouring in. Fans continued their support to the makers and stated that local channels have been airing the film for a while now. Karthik was quite shocked by their responses and told that the makers would take necessary action against the channels.

The shooting of its sequel, KGF: Chapter 2 has been going on for about a year. The second part of KGF will have significant roles played by Raveena Tandon and Sanjay Dutt. While the former will essay the role of Ramika Sen, the latter will be seen as the antagonist Adheera.

Major parts of the film were shot at a huge set built in Hyderabad. The shoot will continue after the lockdown due to the novel coronavirus is lifted. Source: India Today.