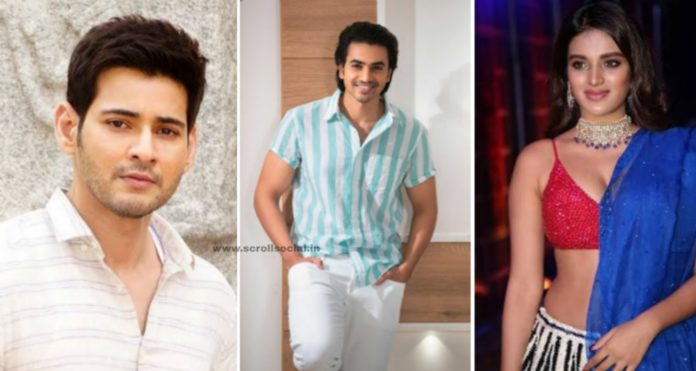 Ashok Galla, the nephew of Telugu superstar Mahesh Babu, is all set to make his debut as a hero.

He has teamed up with director Sriram Aditya for the untitled film, which has hot and young actress Nidhhi Agerwal playing the female lead. The untitled film was launched today (November 10) in Hyderabad. Mahesh Babu couldn’t visit the event as he is shooting for his upcoming film, Sarileru Neekevvaru in Kochi.

However, he took to Twitter to send his wishes to his nephew, Ashok. He wrote, “It’s official !! @AshokGalla_’s first day of the shoot !! Want to wish u all the very best on this big day of yours!! Work hard and give it all we’ve got! Success will follow good luck to the entire team…(sic)”

Taran Adarsh- According to trade analyst Taran Adarsh, the movie, produced by Padmavathi Galla will go on floors tomorrow November 11 in the city.

Supporting Roles Cast: The untitled film will also feature Naresh, Satya, and Archana Soundarya in supporting roles. Composer Ghibran has been selected in to score the tunes for the upcoming film of Ashok Galla film.