RTI reveals the MOE has no information about the creators of Aarogya Setu - ScrollSocial
Sunday, December 4, 2022

Home Technology RTI reveals the MOE has no information about the creators of Aarogya...
Facebook
Twitter
WhatsApp 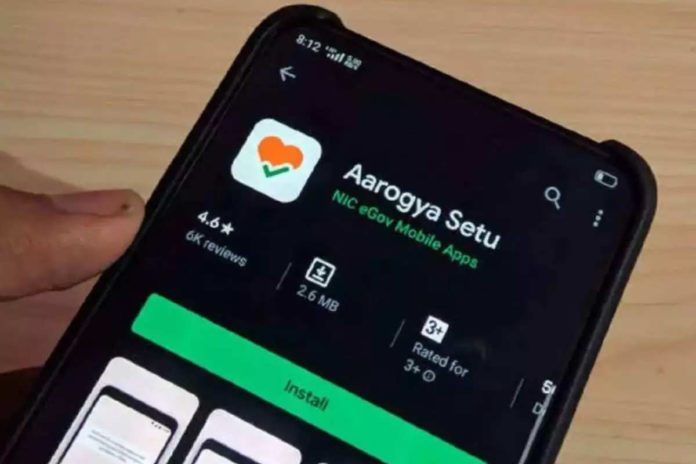 An RTI filed two months back has unveiled that the National Informatics Centre (NIC), which designs government websites and comes under the Ministry of Electronics, has no data about the makers of the Aarogya Setu App.

The Central Information Commission (CIC) on Tuesday urged the National Informatics Centre (NIC) why it does not possess information about the creators of the Aarogya Setu when Aarogya Setu website suggests that it was designed, developed and hosted by NIC.

The CIC also announced show-cause reports to several Chief Public Information Officers (CPIOs) as well as the National e-Governance Division (NeGD), Ministry of Electronics and Information Technology (MeitY), and NIC for giving an equivocal reply to an RTI application described the contact tracing app that has crores of users.

“The Commission directs the CPIO, NIC to resolve this circumstance in writing as to how the website https://aarogyasetu.gov.in/ was created with the domain name gov.in, if they do not have any information about it,” Information Commissioner Vanaja N Sarna stated in the order, first listed by LiveLaw.com.

Saurav Das, the petitioner, registered a complaint against the appropriate authorities declaring that they had failed to provide information about the process of creation of Aarogya Setu App and other information describing to its creation.

He also suggested that even NeGC and MeitY had not presented any information relating to the App’s creation.

Saurav Das submitted an RTI to get information about the developer of the app but was astonished when NIC responded stating it had no information on the creation of the app despite being its developer.

“None of the CPIOs was ready to explain anything regarding who created the App, where are the files, and the equivalent is extremely preposterous,” the CIC stated.

Das had said concerns and questioned for information about the files associating to the app’s creation, who provided inputs for the creation and the measures that exist to check for misuse of the personal data of millions of Indians. The commission wrote that the authorities had used Section 6(3) of the Act to transfer the RTI application to one another, but no one had revealed any information.

“The addressees cannot just wash their hands off by stating that the information is not available with them. Some effort should have been put in to find out the custodian(s) of the data sought, by the concerned public authorities when they are the appropriate parties,” the CIC said.

Later on Tuesday, the government issued a formal explanation on the matter stating there should not be any doubt about the Aarogya Setu App.

“Aarogya Setu App was started by the Government of India in public-private partnership mode and was developed in a record time of around 21 days.

Aarogya Setu is a made in India contact tracing app with the best of Indian minds from the industry, academia, and government. The names of all those connected with the development of the App and management of the App ecosystem at different stages were shared when the code was released in the public domain and was widely shared in the media.

Aarogya Setu App has been developed by NIC in collaboration with volunteers from Industry and Academia,” government sources stated.

The more noted that Aarogya Setu app has been developed most transparently and all items and documents including privacy policy and Aarogya Setu data access and knowledge sharing protocols issued on May 11, 2020, have been uploaded on the Aarogya Setu Portal aarogyasetu.gov.in.

The portal has all details about the app including those regarding how it works, COVID updates, and why one should use Aarogya Setu. Daily updates about Aarogya Setu app have partaken on all social media platforms as well as government portals.