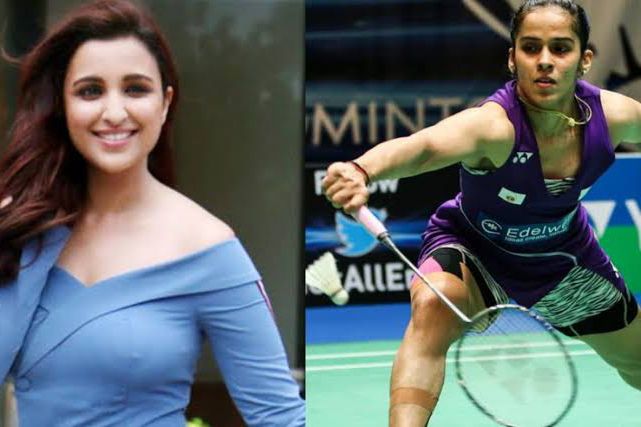 Parineeti Chopra is energetic in training for the biopic on ace badminton player Saina Nehwal. Just days before the shooting is expected to begin, Saina Nehwal took to Twitter and wished her best of luck.

Sharing a photo of Parineeti Chopra, Saina Nehwal wrote, “Looking forward to this journey together! My best wishes to the team.”

Shraddha Kapoor was meant to play the role of Saina Nehwal. However, due to her restless schedule and clashing dates, she was unable to give time to the role and had to exit the project. Parineeti was roped in instead.

The biopic will be directed by Amole Gupte, who had also helmed the Bollywood films like Stanley Ka Dabba and Hawaa Hawaai.

In an earlier interview, Parineeti Chopra told that doing justice to Saina Nehwal and film is of the highest priority.

“This project is absolutely perfect for me. Amole Gupte,(Director) and his team are ensuring I have everything that I need. A great physio team and world-class players have been roped in to train and condition me. Everything how Saina plays, who she has played with and against, every match she has been in has been documented. It’s essential to absorb all that information and present it on screen. I’m happy, but also very nervous,” Parineeti said.

Parineeti was last seen in the film Jabariya Jodi with Siddarth Malhotra, which tanked at the box office.

Saina Nehwal is an Indian professional badminton singles player, she has won over 24 international titles, She has represented India three times in the Olympics, winning a bronze medal in her second appearance.