PlayStationVR2 - The Next Generation VR Gaming On PlayStation 5 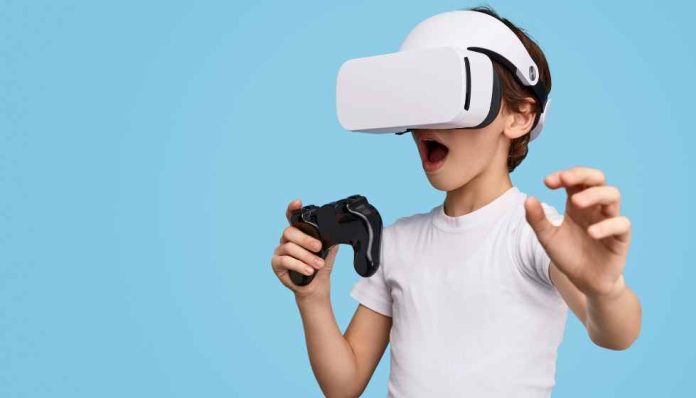 PlayStationVR2: Two years. That’s how long it’s taken Sony to start filling the shortage of PlayStation 5 consoles. At least, that is what the brand conveys, according to the statements made by Jim Ryan, head of Sony’s video game division, within the framework of CES in Las Vegas, which is currently being held in the American city.

Everyone who wants a PS5 will have a much easier time finding one in retail stores around the world from now on,” Ryan said. As on so many other occasions, the executive has apologized to the ‘ gamers ‘ and thanked them for their patience. At the same time, the company faced “unprecedented demand in global challenges in the last two years.”

When Sony released the PS5 in November 2020, no one anticipated that by 2022, going to the store and buying the system without fiddling with reservations and websites would be impossible.

For the past two years, the company has been trying to keep up with the enormous demand for systems like so many other tech companies. And, despite everything, it has managed to market 30 million machines of this generation to date. With PlayStation 4, in the same period, he managed to overcome the 40 million barriers.

Over the past few months, getting access to a PS5 has started to get easier. Mainly thanks to reservations. Many stores in Spain have been offering the console purchase with guaranteed delivery in January for weeks. However, so far, Sony has yet to be able to put the machine on the shelves so that whoever wants to, at any given time, walks directly into the store on duty and buys it.

Unlike other generations, the firm has also seen the need to increase the price of its system. A few months ago, the machine in its version compatible with physical video games cost 549.99 euros in Spain. The fully digital one reached 449.99 euros.

Hopefully, with the increase in the number of PS5s available, developer companies, including Sony-owned studios, will try to squeeze the goodness out of the console. And it is that, during the last two years, companies have been very careful to create video games that are also compatible with PlayStation 4. This console has more than 100 million users and is still fully valid.

Since launch, Sony has barely put a couple of its own ambitious video games on the shelves that are not compatible with PS4, a machine already well on its way to a decade. These were the cases, for example, of the ‘remake’ of ‘Dark Souls’ and ‘Ratchet & Clank: A Dimension Apart.’

Works that, in another time, would have been designed to attract new users, such as the brand new ‘ God of War: Ragnarok ‘ or ‘ Horizon: Forbidden West, ‘which came with a version for all the company’s desktops.

The stabilization between supply and demand for PS5 will also coincide in time, according to Ryan’s words, with the launch of PlayStationVR2, the next virtual reality headset from the Japanese company. The device, which will hit stores on February 22 with a price of 599.99 euros, will only be compatible with the current generation machine, not with the PS4.

According to Jim Ryan, head of Sony’s games division, the demand, and supply of his new console are already beginning to stabilize.