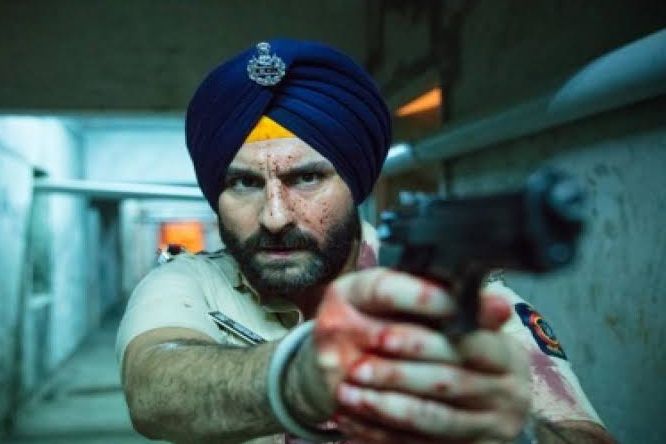 Saif Ali Khan is excited for the sophomore season of Netflix India Original Sacred Games and the actor says the cleverest thing he has done in his career is making a foray into the digital world. The actor will reprise his part of cop Sartaj Singh in season 2 of Sacred Games, which follows his chase for the truth behind gangster Ganesh Gaitonde’s (Nawazuddin Siddiqui) warning to save the city.

The (films and web) are both different platforms. I am platform-agnostic now. It is the cleverest thing I have been part of,” Saif said.

The 48-year-old actor Saif said season two is much twisted than the first one and the team is confident about it.

Season 2 is so cleverly done. It goes back to the past and future and everything ties up. Season one is quite basic compared to season two. Season two is where we change gears.

In season one you know about them, but in season two you are up to it. Sartaj appeared as an under-confident cop in season one and Saif said though there aren’t many changes internally, there are some in terms of his look.

Earlier the actor had to alter his physicality, put on weight to get a burly, tough physique but this time he had to get into shape for a leaner look.

I have always thought it is the best thing to make a show that you could export. Because it is very Indian, it has got mafia and cops, who are unique and their equations are unique.

Then there is politics and Bollywood, it also has got religion, godman, it has drugs, etc. The show is pretty interesting.” In 2018 when season one was released it garnered a lot of praise but it did invite some controversy.

Without revealing the scene that he shot with a new addition to the cast, Kalki Koechlin, Saif said, “We are shooting the interior portion of the ashram the exterior part is done in Delhi.

The sacred part of ‘Sacred Games’ wasn’t there so much in season one, it comes in now.