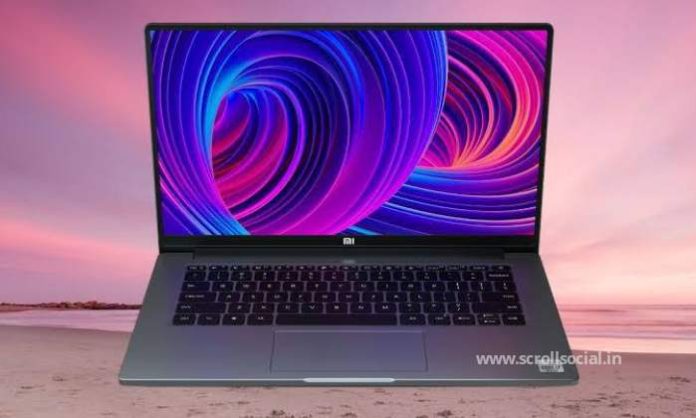 The Mi notebooks also have thin bezels and hold Silent as well as Performance modes to meet customer needs. Xiaomi has also implemented a Mi Blaze Unlock functionality on its Mi Notebook models that allows you to unlock the system by placing a Mi Band 3 or Mi Band 4 near your device without entering the password.

Additionally, there is Mi Quickshare to offer a fast file distribution experience. Xiaomi commenced its work on launching the Mi Notebook in India back in January 2019, India chief Manu Kumar Jain told during the Livestream.

The Mi Notebook 14 Horizon Edition has two alternatives with the same storage and RAM but various processors. The Core i5 variant appears in for Rs 54,999, whereas the Core i7 variant costs Rs 59,999. There’s an HDFC Bank offer that offers up to Rs 2,000 off for the Horizon Edition model.

The Xiaomi will begin selling the Mi Notebook 14 and Mi Notebook 14 Horizon Edition in the country starting June 17 through Amazon, Mi.com, Mi Home stores, and Mi Studios. The notebooks will also quickly be available for purchase through offline retail stores.

The Mi notebook is powered by a 10th-generation Intel Core i5 processor, united with up to Nvidia GeForce MX250 graphics and 8GB of DDR4 RAM and up to 512GB of SATA SSD. There are 3mm of thin bezels on the top and sides of the display panel. This makes the lack of a built-in webcam. However, Xiaomi has bundled a USB webcam.

Xiaomi has implemented a built-in battery that is touted to deliver up to 10 hours of usage on a single charge. Besides, the notebook weighs 1.5 kilograms.

This is the flagship model for Xiaomi’s laptop lineup, and as the name hints, it is all about the narrow-bezel display. The display of Mi Notebook 14 has an anti-glare coating.

The laptop has a metal body that utilizes Aluminium and Magnesium alloy. Inside, there’s a standard keyboard with scissor keys that Xiaomi says have 1.3mm of key travel. The keyboard seems not to have a Numpad. Of course, there’s also a trackpad. The stereo speakers are bottom mounted.

Both the alternatives appear as standard with 8GB DDR4 RAM clocked 2666MHz. For storage, Xiaomi is using a 512GB SSD NVMe Gen 3 storage on the Horizon Edition. Graphics performance is taken care of by a dedicated Nvidia GeForce MX350 card.

The Horizon Edition is kept alive by a 46Whr battery that allows up to 10 hours backup on a single charge. Xiaomi is bundling a 65W charger with the laptops. The Mi Webcam HD is also bundled in the pack.

The laptops will be working on Windows 10 Home, but Xiaomi has combined two new apps to assist with data transfer. There’s a Mi Share app for faster data transfer from smartphones. Mi Band users will be capable of unlocking the laptops durable with the Mi Blaze Unlock app.