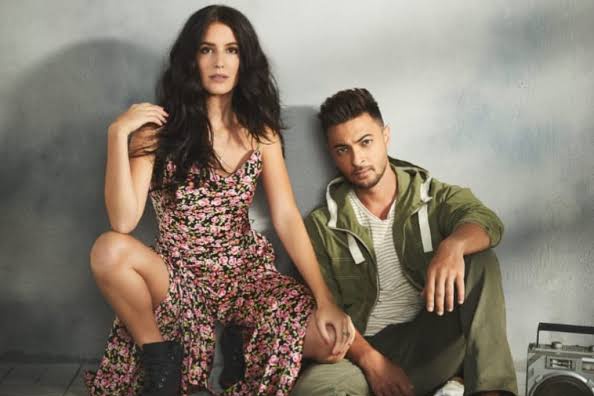 Salman Khan Confirms he posted a picture of Ayush Sharma and Isabelle in Instagram and Twitter and mentioned that their upcoming movie inspired by true events involving the Indian army #Kwatha.

Isabelle Kaif was earlier in news for making her Bollywood appearance opposite Sooraj Pancholi in Time To Dance. But ever since the big announcement, there has been no more news on the film. And now the actress is introduced to make her big-screen debut opposite Salman Khan’s brother-in-law in Kwatha.

It was in June this year that Aayush Sharma’s second film, Kwatha was announced. Now two months later, the creators have roped in the lead actress for the film. Aayush Sharman will romance Katrina Kaif’s sister Isabelle Kaif in Kwatha.

Sharing a picture of Isabelle and Aayush, Salman wrote, “#IsabelleKaif and @aaysharma to star in a film inspired by true events involving the Indian army in #Kwatha @karanlbutani”

Confirming the same, director Karan Butani stated, “We are enthusiastic to announce Aayush Sharma and Isabelle Kaif as the leads of Kwatha. Kwatha is a village on the border of India and Mynamar. While it is based on true cases, the plot is unique, which made actors like Aayush and Isabelle perfect for a film like this.”

For the film, Aayush Sharma will play the role of an army officer, while Isabelle will play his love interest in the film.

Katrina Kaif said, “Isabelle is really happy, passionate and is working very strong. I have been in the industry for so many years, so there are a lot of places where I can help and impart my suggestions. But the good thing is that she is confident and a strong-minded character. Isabelle’s catch on things, as well as the way that she wants to drive, is clear in her mind.

Movie Shooting will start in this year September, and the movie will release in the year 2020.