Radhe: Salman Khan announced that Radhe will be releasing on Eid next year 2020 - ScrollSocial
Sunday, July 3, 2022 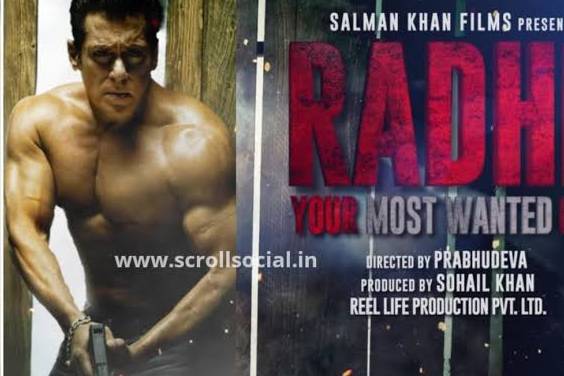 Radhe Your Most Wanted Bhai, Half Good Fully Mad.

Radhe, Your Most Wanted Bhai- Salman Khan is recognised as Bhai in the Film Industry. This time, Bhai had two surprises for his fans. With the new motion poster of his upcoming film Dabangg 3, the actor announced his much-awaited project with Prabhudheva. The actor’s next film Radhe will hit screens on Eid, the next year 2020.

Radhe, which will be directed by Prabhudheva. Proving all the rumours right, the actor has now confirmed that he is definitely coming with a film on Eid.

Rumour has it that Salman’s Bharat co-star, not Katrina Kaif its Disha Patani will be seen sharing screen space with the actor in Radhe as well. Yet it has not been confirmed.

Radhe will mark the third collaboration between Salman Khan and Prabhudheva. The director helmed Salman Khan’s 2009 release Wanted and is now directing Dabangg 3. From the first look of Radhe, it seems the film is a sequel to Wanted Movie.

Earlier in an interview with PTI, Salman Khan stated, “We (Prabhudheva and I) are making a film together again. But it is not called Radhe. It will come on Eid.”