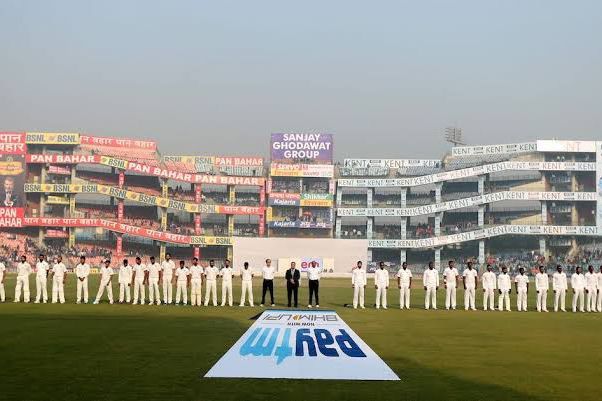 Delhi’s famous Feroz Shah Kotla, the second-oldest cricket stadium in India, will been renamed Arun Jaitley Stadium in praise to the former Union finance minister he passed away recently.

The stadium, however, will also remain to be known by its geographical location, the Feroz Shah Kotla, following the 14th century monument which is built next to it.

Arun Jaitley, who was president of the DDCA from 1999 to 2013, passed away on August 24. “What can be a greater tribute than to have the stadium named after the man who got it rebuilt.

It was due to Arun Jaitley’s support and assuring that players like Virat Kohli, Virender Sehwag, Gautham Gambhir and Ashish Nehra made India proud,” Rajat Sharma told.

Delhi and District Cricket Association (DDCA) president Rajat Sharma informed TOI, “We are not substituting the name. It will remain Feroz Shah Kotla ground. It will also be called Arun Jaitley Stadium. It is an attachment to that (old name).”

Multiple former Delhi cricketers praised the move, with ex-India opener Chetan Chauhan saying, ” Arun Jaitley deserves it. He was helpful in getting the stadium constructed. It was in a mess earlier. He got all the permissions from different departments.”

Vijay Dahiya, the former India wicketkeeper, said: “This is a great appearance from DDCA. Jaitley was a fantastic administrator. His love for and knowledge of the game was remarkable. A lot of us grew into recognition because of him.”

Ex India pacer Atul Wassan stated, “The stadium exists because of Arun Jaitley. It is a sign of appreciation. But Feroz Shah Kotla’s name has to be there. That is the history you can’t do away with.”

The renaming function of Stadium will take place at the Jawaharlal Nehru Stadium on September 12.