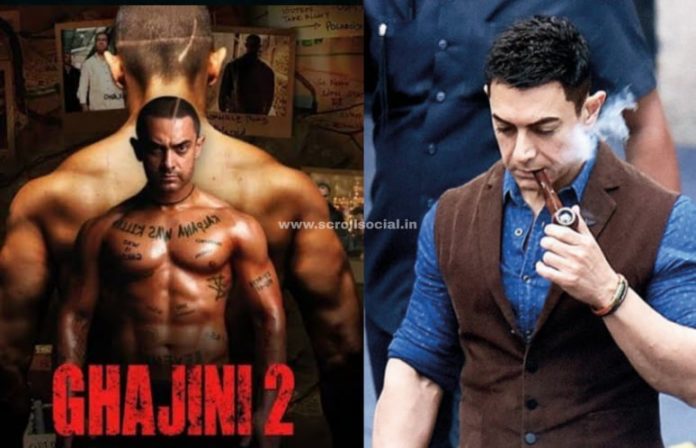 The tweet hints at a sequel of Aamir Khan’s 2008 film Ghajini. And it makes us believe that Aamir Khan is going to officially announce Ghajini 2 on the occasion of his 55th birthday on Saturday (March 14th).

The first edition of Ghajini also starred Asin and late actress Jiah Khan. The film got an excellent response at the box office and even became the first Bollywood film to touch the 100 crore mark.

To generate a buzz around Ghajini 2, the official handle of Reliance Entertainment took to Twitter to share a quirky post that read, “This post was supposed to be about Ghajini, but we forgot what we wanted to make.”

Aamir Khan, in the film Ghajini, played the role of businessman Sanjay Singhania, who suffered from Retrograde Amnesia due to which he remembers an encounter for barely 15 minutes. Coming back to the sequel, the news has not been confirmed by the makers or the actor Aamir Khan yet.

The captioned the post as, “Blame it on #Ghajini! @aamir_khan.”

The film Ghajini 2 is not officially announced by makers, its just a buzz created by fans of Aamir Khan, a social media post did warrant a few Ghajini 2 hashtags on Twitter and Instagram.

The film Ghajini became hugely famous as reports doing the rounds keep suggesting that an official reboot may be on the minds of the makers. Some suggest that Ghajini 2 title has even been registered. But it is all rumour until an official announcement is made. After a social media post, many fans recalled Aamir Khan’s character in Ghajini.

While Ghajini was a remake of the Murgadoss’s 2005-released Tamil film of the same name, starring Suriya, Asin, and Nayantara in the lead roles, it also had striking similarities with Christopher Nolan’s 2000 film, Memento.

On the work front, Aamir Khan will next be seen in Laal Singh Chaddha, which also stars Kareena Kapoor Khan. The film happens to be an official remake of Tom Hanks’s 1994 film Forrest Gump and release on Christman 2020.