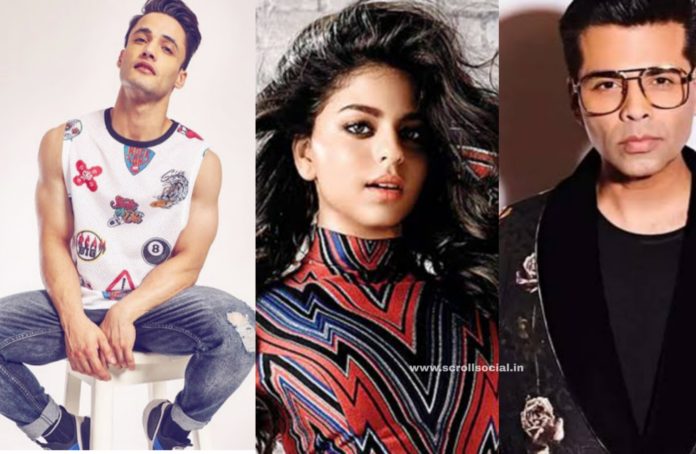 Student of the Year 3

Asim Riaz is Model and actor he was the first Runner-up of Bigg Boss 13, well the winner was Siddarth Shukla, but Asim Riaz makes many fans following through Bigg Boss 13. As trending news on Social Media that Karan johar’s cast Asim Riaz and Suhana Khan for Student of the Year 3.

After the end of Bigg Boss 13, the Internet was surprised with reports declaring that Asim Riaz Bigboss 13 Contestant will make his Bollywood debut with Student of the Year 3 opposite Shah Rukh Khan’s daughter Suhana Khan. Here’s what Karan Johar has to respond on this trending topic of a student of the year 3.

Along with Suhana Khan and Asim Riaz, rumours of Alaya Furniturewalla joining the cast of Student Of The Year 3 have also been making the rounds on the Internet. However, not the actress nor the filmmaker has confirmed the reports on the student of the year 3.

Here the truth is Rubbishing such reports, Karan Johar, Tuesday took to Twitter to issue a statement. “Baseless stories making the rounds of SOTY3! My request to everyone publishing this fabrication is to Stop kindly! Please! (sic),” the filmmaker Karan Johar tweeted.

Absolutely baseless stories making the rounds of SOTY3 !!!! My request to everyone publishing this fabrication is to kindly Stop! Please!🙏

Meanwhile, this would not have been the first time that Asim Riaz would have made it to a film. Before this, the actor-model was seen in Varun Dhawan movie Mai Tera Hero.

Suhana Khan, on the other hand, newly made her acting debut with the short film The Grey Part Of Blue. Written and directed by Theodore Gimeno, Suhana Khan portrays the role of a happy romantic young girl.