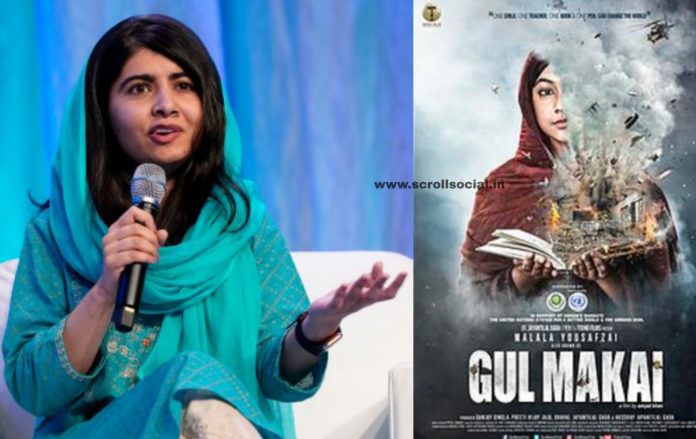 Malala Yousafzai born 12 July 1997), also known as Malala. She is a Pakistani activist for female education and the youngest Nobel Prize laureate. She is known for human rights advocacy, especially the education of women and children in her local Swat Valley in Khyber Pakhtunkhwa, northwest Pakistan, where the local Taliban had at times banned girls from visiting a school.

Her advocacy has grown into an international movement, and according to previous Pakistani Prime Minister Shahid Khaqan Abbasi, she has become “the most prominent citizen” of Pakistan country.

Malala Yousafzai was born to a Pashtun family in Mingora, Khyber Pakhtunkhwa, Pakistan. Her family began to run a chain of schools in the region. Considering Muhammad Ali Jinnah and Benazir Bhutto as her role models, she was especially inspired by her father’s thoughts and humanitarian work.

In early 2009, when she was 11–12, she wrote a blog under a pseudonym for the BBC Urdu describing her life during the Taliban occupation of Swat.

The following summer, journalist Adam B. Ellick made a New York Times documentary about Malala Yousafzai’s life as the Pakistani military intervened in the region. She rose in prominence, giving interviews in print and on television, and she was chosen for the International Children’s Peace Prize by activist Desmond Tutu.

On 9 October 2012, while on a bus in the Swat District, after taking an exam, Malala Yousafzai and two other girls were fired by a Taliban gunman in an assassination attempt in retaliation for her activism; the gunman fled the scene. Yousafzai was hit in the head with a bullet and remained unconscious and in a dangerous condition at the Rawalpindi Institute of Cardiology, but her health later improved enough for her to be transferred to the Queen Elizabeth Hospital in Birmingham, UK.

After recovery, Malala Yousafzai became a leading activist for the right to education. Based in Birmingham, she co-founded the Malala Fund, a non-profit organization with Shiza Shahid, and in 2013 co-authored I Am Malala, an international bestseller.
In 2012, she was the recipient of Pakistan’s first National Youth Peace Prize and the 2013 Sakharov Prize. In 2014, she was the co-recipient of the 2014 Nobel Peace Prize, along with Kailash Satyarthi of India. Aged 17 at the time, she was the youngest-ever Nobel Prize laureate.

In 2015, Malala Yousafzai was a subject of the Oscar-shortlisted documentary He Named Me Malala. 2013, 2014 and 2015 editions of Time magazine featured her as one of the most influential people globally.

In 2017, she was awarded honorary Canadian citizenship and enhanced the youngest person to address the House of Commons of Canada. Malala Yousafzai attended Edgbaston High School from 2013 to 2017, and she is currently studying for a bachelor’s degree in Philosophy, Politics, and Economics at Lady Margaret Hall, Oxford.

Gul Makai, a biopic on Nobel Peace Prize winner Malala Yousafzai of Pakistan, is slated to be released on January 31, 2020.

The film has been directed by HE Amjad Khan and produced by Sanjay Singla. Jayantilal Gada and Tekno Films perform it. Actor Reem Shaikh will star as Malala Yousafzai. The movie also stars Divya Dutta, Pankaj Tripathi, Atul Kulkarni, and Mukesh Rishi in pivotal roles.

Malala Yousafzai addressed for the right of girls, notably the right to receive a complete education, her courage and bravery gained worldwide recognition and support.