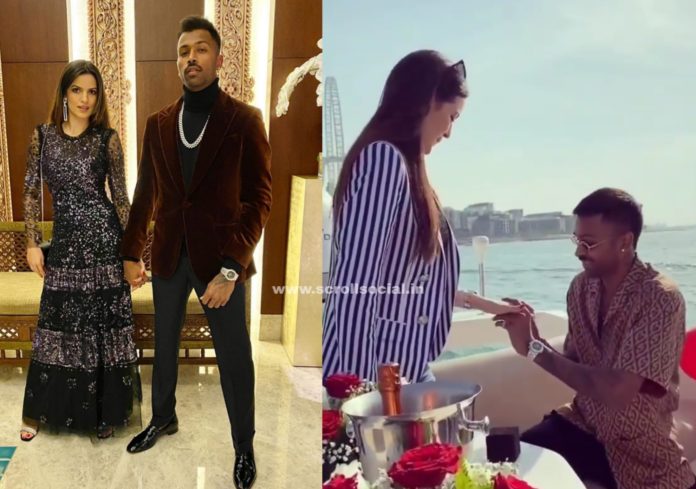 Hardik Pandya took to Instagram to post a photo and video of himself and Natasa Stankovic in which the actor can be seen wearing her engagement ring.

WHO IS NATASHA STANKOVIC

In 2012, Natasha Stanković traveled to India to pursue a career in acting. She started her profession as a model for brands like Philips, Cadbury, Tetley, J Hampstead, and Johnson & Johnson.

In 2013 she started her Bollywood debut with the film Satyagraha, directed by Prakash Jha, where she performed in the dance number “Aiyo Ji” opposite Ajay Devgn. In 2014 Natasha Stankovic played in the music video “Bandook” by Badshah.

In 2017 Natasha Stankovic was featured in the popular dance number “Mehbooba” from the film Fukrey Returns, for which she was honored. In 2018 she did a cameo in the film Zero, directed by Aanand L. Rai, besides Shah Rukh Khan and Katrina Kaif. Natasha Stanković made her digital debut in 2019 with the web series The Holiday by Zoom Studios alongside Adah Sharma.

Meanwhile, Hardik Pandya has been recovering from a lower back injury that kept him away from international cricket since September 2019. He has been entered in India A squad for their unofficial ODI series in New Zealand, beginning January 22.