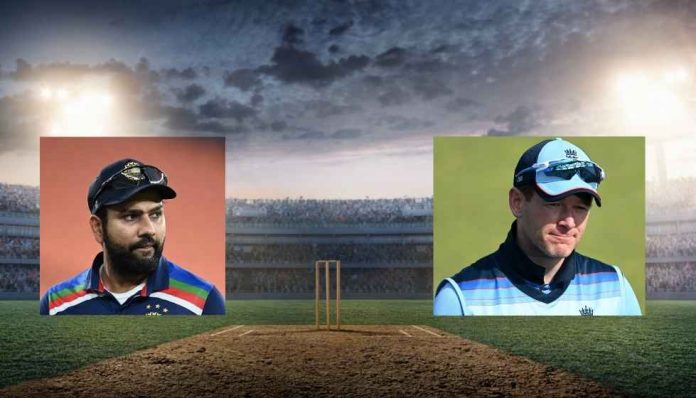 Both India and England are heading into a new era in the international game following the resignations of Virat Kohli and Joe Root respectively. Those two players had long spells as their country’s captains, but both felt it was the right time to step down and give somebody else a chance to lead.

India has had more time than England to adapt as Kohli stepped down after the 2021 T20 World Cup. Since then, Rohit Sharma has taken on the role, which in many ways has helped the transition, as he has been vice-captain of his country, and is a senior member of the team.

Sharma is now the captain in all the formats of the game for India. At the age of 34, he is seen as the best short-term option for his country. Not only is he well respected by his teammates for his ability and leadership skills, but it also gives the Board of Control for Cricket in India (BCCI) more time to identify other options.

Opening batsman KL Rahul had a spell in charge of the Test team earlier this year and he is a player the BCCI sees as a candidate for the full-time role in the future. The 30-year-old has featured in Test cricket since 2014 and he has been one of his team’s most consistent players in that period.

Rahul scored an impressive 123 against South Africa back in December in the First Test of that series. Just a couple of months later, he reached 6000 international runs across all formats of the game. The stylish batsman is likely to be around for many years to come at the highest level.

India’s vice-captain in Test cricket is going to get some more experience in leading a team this year in the IPL. He was drafted by the league’s newcomers, Lucknow Super Giants in the IPL Auction and was made the franchise’s captain.

Rishabh Pant A Strong Candidate For The Future

Another player who is likely to be considered by the BCCI as a future captain of India is wicketkeeper Rishabh Pant. The 24-year-old had the unenviable task of replacing the retired MS Dhoni behind the wicket for the national team, and he has done a great job of stepping into his shoes.

Pant looks set to have a very bright future for India and he could go on to become one of the best players of his generation. Now, the BCCI must consider if they feel he is ready for such a big responsibility, and also weigh up whether they feel it could impact his batting.

Candidates For The England Role

Sam Billings only just made his Test debut for England back in January in the Ashes, but he has been a regular in their ODI team since 2015. The right-handed batsman has captained his county Kent since 2018, so he could be seen as a player who could step up to the role.

Billings is currently participating in the Indian Premier League for the Kolkata Knight Riders. He is a player who features in all the leading franchise leagues for T20 cricket. Playing in different conditions around the world is something that has helped his game evolve.

The Englishman was drafted by KKR at the IPL auction earlier this year. He will be hoping to help last season’s runners-up go one place better this time around. The Knight Riders are +1000 in the outright betting for the trophy in 2022.

Billings was part of the Chennai Super Kings team which won the IPL in 2018. With the talented batsman in their team, KKR is +333 to reach the final with 1xbet, one of the best IPL betting sites. Those placing a bet on Billings’ side may also be able to pick up a free bonus to be used on the competition. But would there be more bets on the side if it was captained by Billings’ competitor?

Stokes Most Likely To Replace Root

England has yet to announce a replacement for Root who stood down following his side’s Test series defeat in the West Indies, but it is all-rounder Ben Stokes who is considered the favorite to step up to the role in the five-day format.

Stokes is a big figure in England’s Test side. He is a player who is capable of producing special moments, just like he did at Headingley in 2019 against Australia. Given how important he is to his team, it would be no surprise if the English Cricket Board (ECB) offered Stokes the captaincy. Results over the last 12 months have been mixed for India and England. Both boards will hope that the upcoming era will be a successful one in all formats of the game.