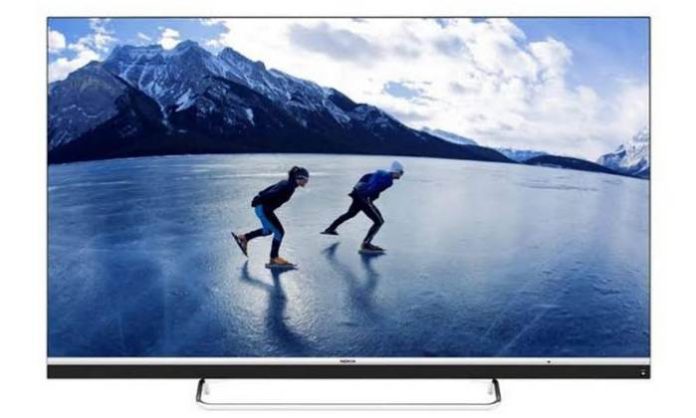 Nokia Android TV is making another model in India as early as this month. Having been teased many times previously, the Nokia TV 43-inch has been confirmed to launch on June 4.

Nokia tied hands with Flipkart to manufacture and sell Nokia-branded smart televisions in India late last year. It was initially begun in the 55-inch model. This also means that the upcoming model will be available to purchase only from Flipkart, likely from the launch date. After the launch of the 43-inch model, Nokia Smart TV will arrive to be available in two sizes.

The Flipkart listing now validates that the upcoming Nokia Smart TV 43-inch will also add 4K UHD display like the 55-inch model. It will come powered by an official Android 9.0 TV OS with a built-in Chromecast.

Flipkart has listed the Nokia TV 43-inch model on its website, announcing the launch date and its features. While the upcoming model will obtain most features from the premium 55-inch model, it will be more affordable and take on the likes of Realme TV, Mi TV, and others.

Nokia’s 43-inch TV will have ultra-thin bezels and Fluid Chrome Pedestal technology for producing “a perfect mix of brightness, contrast, and color replication.” There will be a 4K UHD panel that will maintain Dolby Vision and a wide color gamut, as per the listing.

It will feature JBL speakers tuned by Dolby Audio and DTS TruSurround. The upcoming Android TV will be based on Android 9 Pie and will support Google Play Store. Nokia’s 43-inch TV is expected to have a Mali-450 GPU, 2.25GB of RAM, and 16GB of internal storage. The connectivity advantages will include Wi-Fi, Bluetooth, HDMI ports, USB ports, SPDIF, and more.

Since the future TV model from Nokia will run Android TV, it will support significant apps such as Netflix, Amazon Prime Video, Disney+ Hotstar, ZEE5, YouTube, and others.

Most of them will also come preloaded on the app, along with their dedicated launch buttons on the bundled remote control. Users will also be capable to sideload apps on the TV, given they are built for large screens.