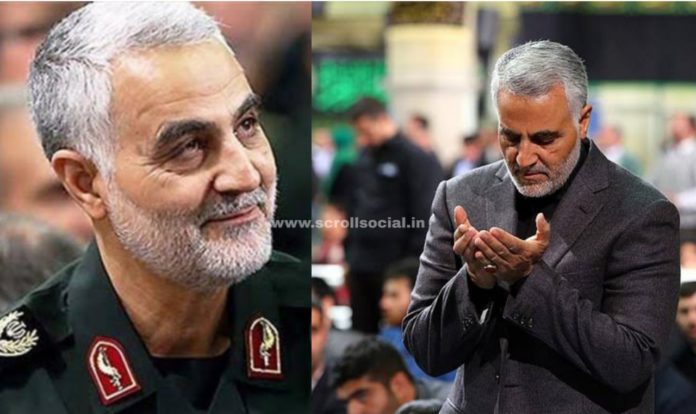 Who was Qasem Soleimani ?

Qasem Soleimani was born on 11 March 1957, also spelt Qassem Suleimani or Qassim Soleimani, was a major Iranian general in the Islamic Revolutionary Guard Corps (IRGC) and, from 1998 until his death, commander of its Quds Force, a unit primarily liable for extraterritorial military and clandestine operations.

Qasem Soleimani started his military career at the start of the Iran–Iraq War of the 1980s, during which he ultimately commanded the 41st Division. He was later included in extraterritorial operations, providing military assistance to Hezbollah in Lebanon.

Iran’s most influential military commander, Gen Qasem Soleimani, has been killed by a US airstrike in Iraq. The 62-year-old Qasem Soleimani spearheaded Iranian naval operations in the Middle East as commander of Iran’s elite Quds Force.

He was killed at Baghdad airport, along with another Iran-backed militia figures, early on Friday in a strike planned by US President Donald Trump.

Qasem Soleimani and officials from Iran-backed militias were leaving Baghdad airport in two cars when they were hit by a US drone strike near a cargo area. The commander had reportedly flown in from Lebanon or Syria. Several missiles struck the convoy, and at least seven people are considered to have died.

Unites States President Mr Donald Trump said the general was “directly and indirectly responsible for the deaths of millions of people”.

The destructive airstrike will increase tensions between the U.S. and Iran, which were already heightened by the New Year’s attacks on the U.S. Embassy compound in Baghdad.

Another man, Abu Mahdi al-Muhandis, said to be the deputy of the militias known as the Popular Mobilization Units and a familiar adviser to Qasem Soleimani, was also killed in the airstrike near Baghdad’s airport, according to Iraqi television news. The PMU tweeted that al-Muhandis and Qasem Soleimani were killed when their vehicle was hit on the road to the airport.

Qasem Soleimani was popularly seen as the second most influential figure in Iran, behind Ayatollah Khamenei. The Quds Force, an elite unit of the Iranian Revolutionary Guards, reported direct to the ayatollah and Qasem Soleimani was hailed as a heroic national figure.

This strike was intended at deterring future Iranian attack plans,” the Defense Department stated in its statement. “The United States will continue to take all necessary action to protect our people and our interests wherever they are around the world.

The Pentagon told Qasem Soleimani had been actively improving plans to attack U.S. diplomats and service members in Iraq and elsewhere throughout the region.

His death occurs after rioters tried for two days to scale the fortress-like walls at the United States’ largest embassy. They went under a show of force from the Pentagon; 100 Marines were airlifted into the compound, and about 700 more Army paratroopers are expected soon in Kuwait from a global response force based at Fort Bragg, North Carolina.

US President Donald Trump, who was in Florida at the time of the strike, tweeted an image of the American flag soon after the news broke.

The Pentagon statement stated: At the direction of the president, the US military has taken specific defensive action to protect US personnel abroad by killing Qasem Soleimani.

The drone strike happens days after protesters attacked the US embassy in Baghdad, clashing with US forces at the scene. The Pentagon told Soleimani approved the attacks on the embassy.