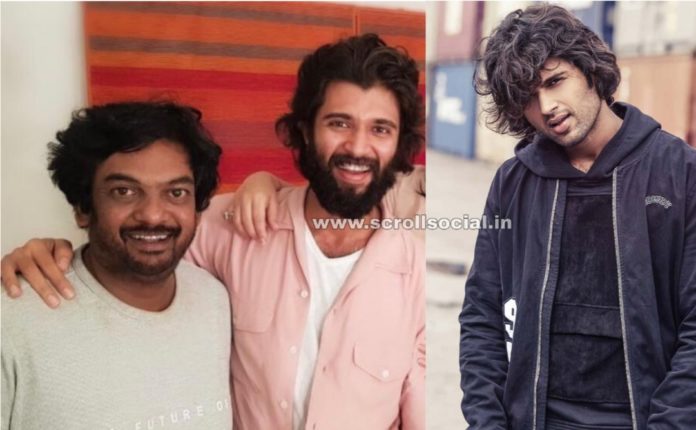 Arjun Reddy actor Vijay Devarakonda is all set to begin working for his new movie Fighter under the direction of Dashing Director Puri Jagannadh. The film to be made as a pan India film in Telugu, Hindi, and other south languages will start rolling after the Sankranthi festival.

Recently Puri Jagannadh directed a Hit Movie, Ismart Shankar, with Actor Ram Pothineni and now cast a Tollywood Young sensational actor Vijay Devarakonda for next Movie Fighter.
Charmi Kaur and Puri Jagannadh are best friends as we saw them in many events and On Social Media. At present, Charmi Kaur is started Producing Movies.

Puri Jagannadh and Charmme Kaur will produce Vijay Devarakonda Fighter Movie in collaboration with Karan Johar. The movie will be majorly shot in Mumbai. A fighter will go on sets later this year 2020.

Sources in the known state that Fighter is being planned out as a complete mass entertainer. The pre-production of this film is on, and the shooting will start in January 2020. The rest of the star cast and crew of this film will be launched soon officially, said sources.

Meanwhile, reports have arisen that producer Boney Kapoor and late actress Sri Devi’s daughter Jhanvi Kapoor might be roped in to perform the female lead. It may be seen here that Jhanvi Kapoor had earlier told in an interview last year that she would prefer to share the screen space with Tollywood actor Vijay Deverakonda if given a chance. However, the final call on this will be taken after the final script is ready.

Vijay Devarakonda is currently working in Kranthi Madhav’s World Famous Lover movie. The film has four actresses Raashi Khanna, Aishwarya Rajesh, Catherine Tresa, and Izabelle Leite, these four actresses playing the female lead roles. KS Rama Rao is bankrolling it under his banner. On the film’s storyline, we hear that it is a romantic tale that will be based on some real-life events.

The star Vijay Devarakonda also has the Anand Annamalai directorial in his list. Reports are that it is a sport’s musical and has been titled Hero. In this movie, Vijay Deverakonda will be playing an expert biker and will be undergoing severe training for the role. Vijay Deverakonda is expected to join Puri Jagannadh’s film after completing these two projects on hands.