Ranbir Kapoor and Alia Bhatt are getting married in December 2020 - ScrollSocial
Friday, July 1, 2022 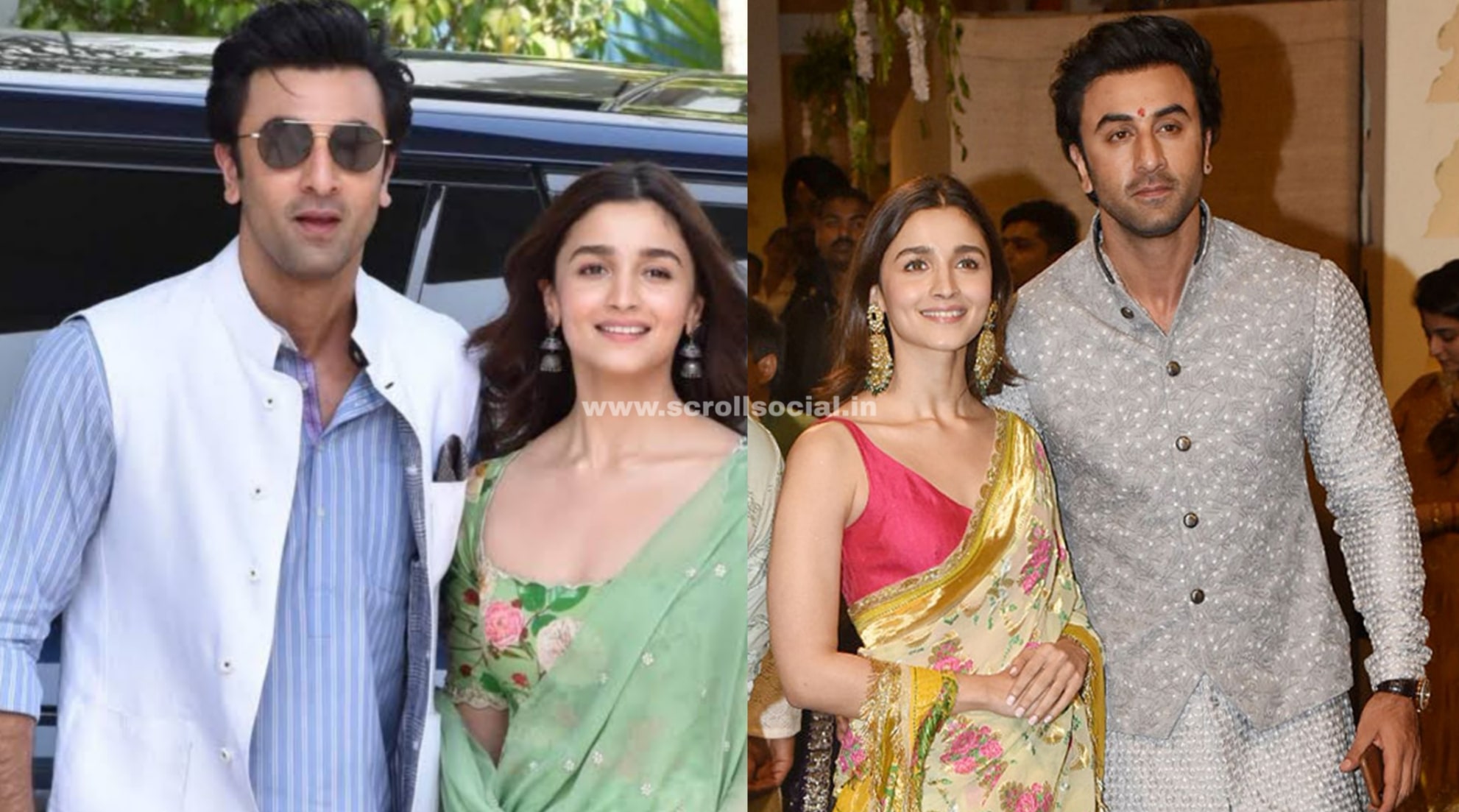 According to film critic Rajeev Masand, the wedding will take place right after the release of their film Brahmastra. Fans are waiting for the marriage of Ranbir Kapoor and Alia Bhatt.

In his column for a digital magazine, the entertainment journalist revealed that Alia Bhatt and Ranbir Kapoor have finally accepted for a wedding in December. The preparations have started and their extended families have been asked to mark off days to join the Kapoors and Bhatts in their celebration.

Recently, Alia Bhatt, Ranbir Kapoor and Neetu Kapoor attended to the wedding reception of the actor’s cousin Armaan Jain. They entered together at the venue and posed for pictures. Alia was seen protective about Neetu Kapoor in the videos that came from the celebration. Before this, Alia Bhatt travelled to Delhi with Ranbir Kapoor and Neetu Kapoor to accompany Rishi Kapoor. The veteran actor was in the hospital undergoing treatment for an infection.

Ranbir Kapoor and Alia Bhatt have been dating each other for several years. They are often found together. Last year, at an award show, Alia Batt declared love for her boyfriend. After receiving the Best Actress trophy for Raazi, the actress had some loving words for Ranbir Kapoor in her thank-you speech.

She said, “Meghna (Director Meghna Gulzar), for me, ‘Raazi’ is you, your blood and sweat. You are my main chick. Vicky Kaushal, without you, the film wouldn’t be complete. Thank you, my mentor, Karan Johar for being my guide, father and my fashion police. Tonight is all about love; there, my special one, I love you Ranbir.”

Earlier in an interview, Alia Bhatt dismissed the reports of her wedding to Ranbir. She had said, “I’m too young to think about it. When I feel there’s a need to be in a stronger bond with him, we will come to it. But right now, I’m married to my work and I also have my relationship going well on the side.”

Alia Bhatt and Ranbir Kapoor will be next seen in Ayan Mukerji’s Brahmastra. Brahmastra is an upcoming 2020 Indian Hindi-language superhero film written and directed by Ayan Mukerji, and produced by Karan Johar. It stars Amitabh Bachchan, Ranbir Kapoor, Alia Bhatt, Mouni Roy and Tollywood actor Akkineni Nagarjuna in crucial roles and will serve as the first film in a planned trilogy.

Another Movie of Ranbir Kapoor in the year 2020. Shamshera is an upcoming 2020 Indian action-adventure film starring Ranbir Kapoor, Sanjay Dutt and Vaani Kapoor. Produced by Aditya Chopra Yash Raj Films, directed by Karan Malhotra. Set in the 1800s, the film is about a dacoit tribe who took charge in the fight for their freedoms and independence against the British. Ranbir Kapoor is playing a double role, as principal character Shamshera and his father. Vaani Kapoor is playing a dancer role.

Alia Bhat upcoming latest movies are in the list are RRR a Telugu movie which is releasing in all India languages directed by Rajumouli a Baahubali director. Gangubai Kathiawadi, Sadak 2 and Takht.