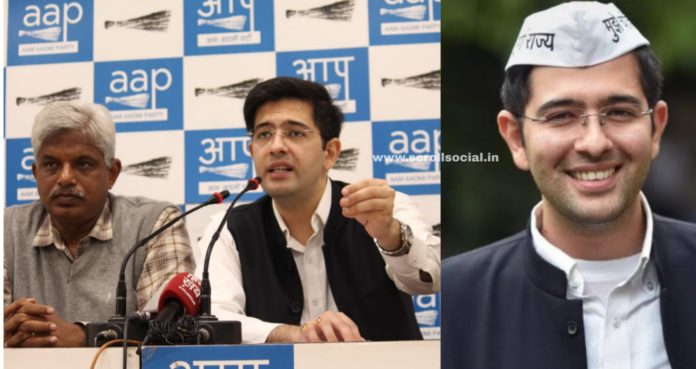 Raghav Chadha was the national treasurer & a national spokesperson of the Aam Aadmi Party, and a practising chartered accountant. He was also the in-charge for South Delhi Lok Sabha constituency for the general elections in 2019.

Both were advisors to the AAP government but were removed after the centre concluded that their appointment was illegal. Both contested last year’s national election but lost to the BJP, which won all seven parliamentary seats in the capital.

Is Raghav Chadha will become Delhi’s New Finance Minister? “Quite frankly these questions are hypothetical and irrelevant. What matters is that Arvind Kejriwal has won today. What means is that Mr Kejriwal has got another mandate and all AAP workers, as foot-soldiers of AAP, will be behind him,” Mr Rahav Chadha said.

Raghav Chadha worked a key role in the communication and outreach efforts of the party and is also the party’s in-charge of legal affairs. When AAP came to power after a landslide in 2015, Mr Raghav Chadha, who practices in international tax and transfer pricing, was appointed advisor in the Finance Ministry headed by Manish Sisodia.

Mr Manish Sisodia held multiple portfolios including Finance, Planning, Urban Development, Education and Revenue. Some of these may be reassigned, say sources.

Many people searched about Raghav Chadha wife, everyone got this result “Unmarried”. Yes, Raghav Chadha is Unmarried. His present age is 31.