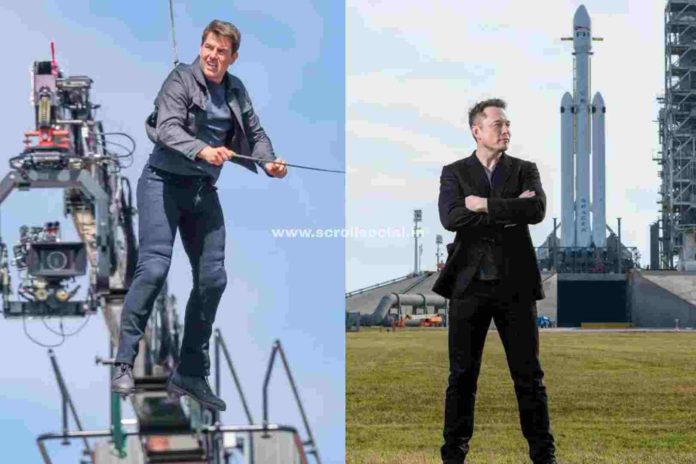 Tom Cruise and Elon Musk SpaceX are working on a project with NASA to make an action film in outer space, Deadline announced on Monday. Representatives for Cruise, NASA and SpaceX didn’t quickly respond to requests for comment.

In what looks like an article straight out of parody newspaper The Onion, the Deadline article says, “it’s not a Mission: Impossible film and no studio is in the mix at this stage.” The movie would be the first fictional feature film shot in outer space, and while details are sketchy, the statement says it would be filmed in “Musk’s space ship.”

The first-ever launch of astronauts to the International Space Station aboard a SpaceX spacecraft is set for May 27, NASA administrator Jim Bridenstine told just last week. No mention was made of Cruise or when he might board a spaceship.

Tom Cruise is recognized for taking daring risks while making his films. He climbed the world’s tallest building, the Burj Khalifa, for the 2011 movie Mission: Impossible — Ghost Protocol. And Musk isn’t new to the entertainment cinema world.

He’s performed in numerous movies and TV shows, often playing himself. In 2019, Musk voiced a mutated version of himself named Elon Tusk on the Adult Swim animated show Rick and Morty.

Tom Cruise injured on the sets of 2018’s Fallout that occurred in the production being stopped for several weeks. The actor had broken his ankle after colliding with another building through a rooftop jump.

Cruise currently expects the release of Top Gun: Maverick, the sequel to his 1986 hit Top Gun. The film, which was listed to hit theatres worldwide in June, has been delayed till December due to the coronavirus pandemic.