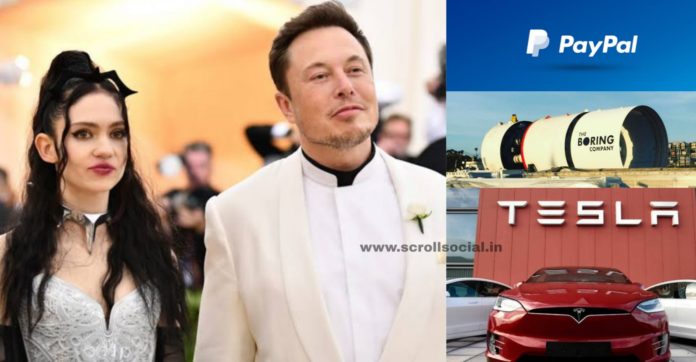 Elon Musk the founder of Paypal, Boring Company, OpenAI, Tesla Inc and many more, his full name is Elon Reeve Musk born June 28, 1971, Elon Musk is an engineer, industrial designer, and technology entrepreneur. He is a citizen of South Africa, Canada, and the United States, Elon Musk present age is 48. In this current year, 2020 Elon Musk net worth is 4,150 crores USD.

Elon Musk’s goals include reducing global warming through sustainable energy generation and consumption and decreasing the risk of human extinction by establishing a human colony on Mars.

Elon Musk began a PhD in applied physics and material sciences at Stanford University in 1995 but dropped out after two days to pursue a business career.

Kimball Musk is the brother of Elan Musk. They two founded a Zip2 Company, which provides a license online city guide software to newspapers.

Elon Musk then established X.com, an online bank. It joined with Confinity in 2000, which had launched PayPal the previous year and was purchased by eBay for $1.5 billion in October 2002.

In May 2002, Elon Musk founded SpaceX, an aerospace manufacturer, and space transport services business, of which he is CEO and lead designer.

Elon Musk entered Tesla, Inc., an electric vehicle manufacturer, in 2004, the year after it was established. From October 2008 onwards, Tesla CEO is Elon Musk.

In July 2016, he co-founded Neuralink; a neurotechnology company concentrated on developing brain-computer interfaces.

In December 2016, Elon Musk founded The Boring Company, an infrastructure and tunnel-construction company centred on tunnels specialized for electric vehicles.

Elon Musk is one of the wealthiest businessmen in the world. Elan Musk has a net worth of $44.2 billion and is listed by Forbes as the 20th-richest person in the world.

He is the longest-tenured CEO of any automotive business globally. In December 2016, he was ranked 21st on the Forbes list of The World’s Most Powerful People.

What is the Fellowship of Royal Society (FRS)

Fellowship of the Royal Society (FRS, ForMemRS and HonFRS) is an award given by the Royal Society of London judges to people who have made a ‘substantial contribution to the improvement of natural knowledge, including mathematics, engineering science, and medical science.’

Elon Musk was elected a Fellow of the Royal Society (FRS) in 2018.