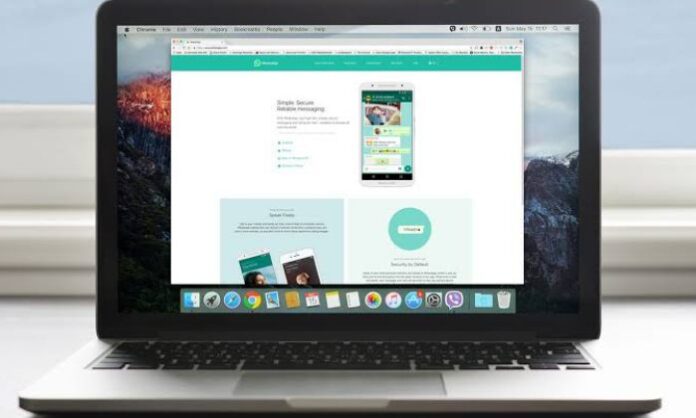 WhatsApp had launched a new host of exciting features lately. WhatsApp is now examining features to improve its web app. As per the latest reports, WhatsApp is exploring the opportunity to make video and voice call feasible from its web version.

WhatsApp was observed testing the voice and video call feature on the beta version of its web app.

Alex Hern of the Guardian was the first one to recognize the feature on WhatsApp beta. He also experienced a screenshot of the feature and wrote, “WhatsApp is testing video and voice calls on its desktop app, I can confirm, through my incredible journalistic way of “being put in the testing bucket.”

In the screenshot shared by Hern, the video icon and call icon can be viewed alongside the contact name.

Both the icons have Beta written above them that validates that WhatsApp is testing the feature. As of now, the users on WhatsApp web can only transfer messages and media. They can neither make voice calls nor video calls.

Earlier in October, WhatsApp features tracker WAbetainfo had shared a related update. Wabetainfo had notified that WhatsApp is testing the voice and video calls feature on its web app.

“We have already announced that WhatsApp was going on Calls. Today we are happy to announce new details, provided from the WhatsApp Web 2.2043.7 update!WhatsApp is considering the idea to offer Voice and Video Calls in the next few weeks, even if the development is in a beta-stage,” the report by Wabetainfo read.

Wabetainfo has also partaken some of the screenshots of how the feature will work or view once it is executed.

It can be seen that when you accept a call on WhatsApp, a window will open up where you can choose what to do with the call. You can both accept it or decline it.

However, when you make a call through the WhatsApp web, the window will be a few differences from what it was when you took the call.

The window will be smaller and would hold the status of the call. The WhatsApp features tracker also said that the users would also be able to make group voice calls and video calls once the future is rolled out.

So WhatsApp’s new group call feature can also grow up as a professional video conferencing platform for smaller groups. It is far more accessible to connect, and you would not even need any passwords to join a call.