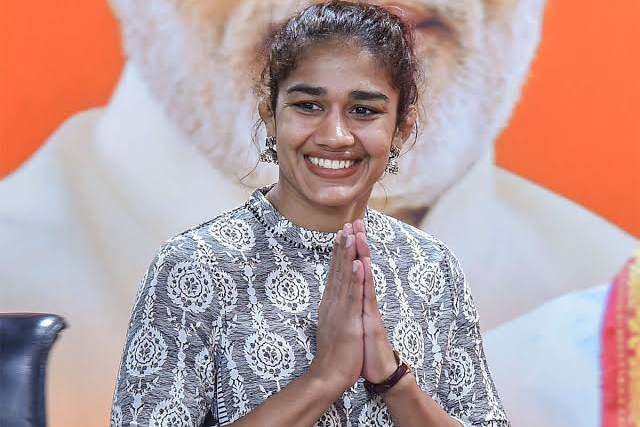 Babita Phogat and her father Mahavir Phogat had joined the BJP on August 12. They joined the party in the appearance of Union Sports Minister Kiren Rijiju.

International wrestler and new Bharat Janata Party joined Babita Phogat have resigned from Haryana Police as the state nears elections. She has resigned from her post as an inspector on August 13, a day after joining the BJP.

Now, Haryana Police has accepted her resignation. Speculations are prevalent that Babita Phogat will be contesting on a BJP ticket in the upcoming Haryana polls. She is expected to stand from either the Barda or the Charkhi Dadri seat.

Asked the reasons for joining the BJP, Mahavir Phogat told, We are impressed with policies and plans of the Narendra Modi government.

After the Narendra Modi government’s judgment on Article 370, Babita Phogat had also taken to Twitter to heap praise on the BJP leadership.

Elections are expected in Haryana later this year to the 90-member assembly. Don’t know that what magic Narendra Modi is doing, celebrities are joining the BJP party.