Ali Fazal and Richa Chadda announced about their Marriage - ScrollSocial

A lot of their fans are inquiring about their wedding plan. Many of them Searched on Google “Ali Fazal Wife”.

Richa Chadda & Ali Fazal, who have known each other professionally since 2013, have been in a relationship since 2015. During the 74th Venice Film Festival, when Ali Fazal’s film Victoria & Abdul premiered, the couple made their relationship public. The two commenced dating in 2015, and if reports are to be believed, they are all set to get married on April 15 2020.

They walked the red carpet together, and people were amazed at seeing Ali and Richa together. Since then, the couple has been spotted together many times, and they indeed make a lovely couple.

Earlier when Ali Fazal was asked about the chance of them marrying soon, he had said that they would do so when ready and that their families had been very accepting and supportive towards the relationship.

After talks with their families, the couple is looking for a wedding in mid-April in Delhi. The ceremony will be on April 15, which will be an intimate affair. A court marriage and a reception will follow it.

The couple is planning for four critical functions– the wedding ceremony and three receptions in Delhi, Lucknow and Mumbai. “Ali Fazla’s and Richa’s families are from Lucknow and Delhi, respectively, and they want all of them to be a part of their joyful day.

The Lucknow reception will be on April 18. The reception in Mumbai will be for close friends and the date for which has not been locked yet. Ali Fazal and Richa Chadda have been checking out venues. In all likelihood, they will choose April 21 for Mumbai reception.”

Death On the Nile: Is an upcoming American mystery thriller film directed by Kenneth Branagh, Death on the Nile is scheduled to be theatrically released in the United States on October 9, 2020, by 20th Century Studios.

Mirzapur Season 2 May release in April or May as per some rumours but no official announcement from Amazon Prime Video about Mirzapur season 2.

Abhi Toh Party Shuru Hui Hai, Ghoomketu, Shakeela and Bholi Punjaban. Some movies are still in a stage of Filming. This films may release in the year 2020. 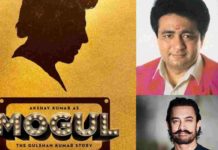