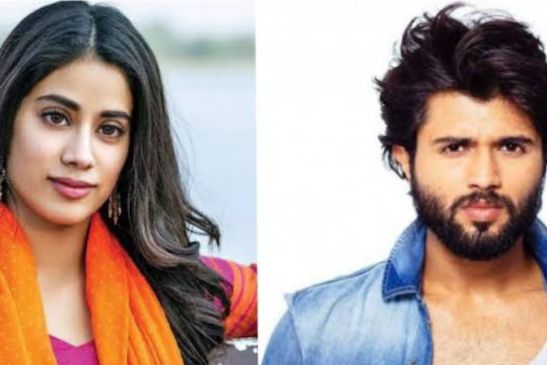 According to reports, Janhvi Kapoor is all set to make her debut in Tollywood with Vijay Deverakonda’s film. The film will be directed by Puri Jagannadh.

Janhvi Kapoor, the daughter of actress Sridevi, is the latest excitement in Bollywood. The actress gave her debut with the film Dhadak, the Hindi remake of Marathi film Sairat. The actress has few other Hindi films on her list.

The freshest rumour about Janhvi is that the actress is all set to make her introduction in Tollywood. An article published in The Times Of India stated that the young Bollywood celeb is in discussions with Vijay Deverakonda’s next film.

Vijay Deverakonda, who is revelling in the success of his recent release Dear Comrade, is next teaming up with director Puri Jagannadh. Now, it looks like Janhvi will be roped in for the movie.

Puri Jagannadh has made a victory with the film iSmart Shankar. The director, who was going through a rough patch, is back on the radar after the current hit.

Janhvi Kapoor father Boney Kapoor has also made his debut in South with Ajith’s Nerkonda Paarvai. The film has become a success and it looks like Boney will continue to make films in K-Town.

In a Show Coffee with Karan, Karan Johar questioned to Jhanvi that who you aspired to date and Jhanvi answered Vijay Devarakonda. Here Jhanvi wish is fulfilled.