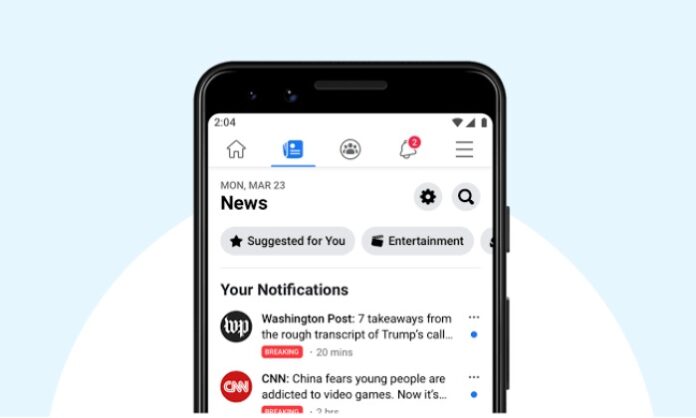 Leading Social Media platform Facebook launched there new feature facebook news. On Tuesday announced that it would pay news publishers in India and other countries for their content.

Facebook had started Facebook News in the US beginning this year to ease news publishers broaden their audiences. Still, now Facebook will extend the feature to India, UK, Germany, France, and Brazil in the coming months.

“Based on this progress, we are expediting our plans to expand internationally. We intend to launch Facebook News in multiple countries within the next six months to a year and are considering the UK, Germany, France, India, and Brazil. In each country, we’ll pay news publishers to guarantee their content is available in the new product,” Campbell Brown, VP, Global News Partnerships, Facebook stated in a blog.

Brown, in the blog, revealed that over 95 per cent of the traffic Facebook news makes for the publishers “is incremental to the traffic they already get from News Feed”.

Facebook also stated that it would work closely with the famous news publishers in the country to make the activity better.

“Consumer habits and news inventory differ by country, so we’ll work closely with news partners in each country to tailor the experience and test methods to deliver a valuable experience for people while also honouring publishers’ business models,” the blog read.

Interestingly, while Facebook has held all the relevant countries in its expansion list, it has deliberately dropped Australia.

A few months ago, Australia had established tech giant Google and Facebook to pay for the news content it sources from media houses. The move was first started by France, which is on Facebook’s expansion list. France had asked Google to pay for the news content that it sources from the French publishers. Spain too followed suit; nothing appeared there.

The nations had forwarded their problem with the business model, which includes sourcing of news content from various publishers.

It was reported that Google and Facebook take a larger share of the profits from the content they don’t present, and the original publishers get only peanuts as a share of the total revenue.

In the case of Facebook, the social media giant lets media organizations post news stories on the social media page and displays advertisements of its own choice. Only a part of the ad revenue goes to the news publishers.