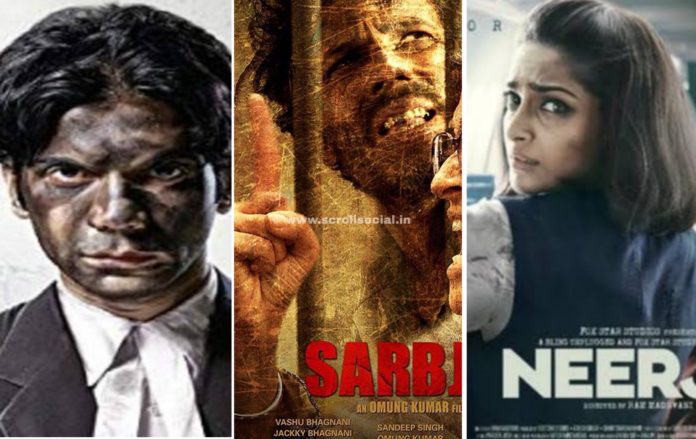 Here we everyone like to watch movies for entertainment but when we see in the trailer that “Based On True Events” after seeing this we definitely watch that movie, because we Indians are much interested to watch a movie which is based on real stories, True stories movies.

Over the years, Bollywood has ‘marked’ itself or rather has faced heavy criticism for being too commercial and less of ‘rich content’. However, that’s one debate which can never be settled reasonably. Both the sides of the coin have an equal say, don’t they? But in this action of thoughts, we do have filmmakers who have gone on to adapt real-life incidents and done justice with the story of the movie.

Here we have Best Top 10 True stories movies made in Bollywood. The true movie is based on the life of lawyer and human rights activist, Shahid Azmi, who was killed in Mumbai in 2010. Shahid Azmi had also defended Anurag Kashyap‘s movie Black Friday while it was not permitted by the censor board. Rajkummar Rao, who played the role of Shahid, went on to win the National Film Award for Best Actor for his execution. Directed by Hansal Mehta.

Directed by Neeraj Pandey, Special 26 displays the story of a group of people, who acted as CBI officers and executed a fake income tax raid in a jewellery shop in Mumbai. The incident occurred in 1987. The Special 26 movie stars Akshay Kumar, Anupam Kher, Manoj Bajpayee, Jimmy Shergill and many other actors. Actor Nawazuddin Siddiqui played the role of Dashrath Manjhi, known as the Mountain Man, a poor labourer living in Bihar. Dashrath created a path which was 9.1 meters wide and 110 meters long through a hill using a hammer and a chisel. Directed by Ketan Mehta, the movie received important praise. Based on the 2008 Noida double murder case, Talvar leads Irrfan Khan, Konkona Sen Sharma, and Neeraj Kabi in lead roles. In the murder case, a teenage girl and the family servant were seen murdered in the house and the parents were convicted of the same. The biographical film showcases the story of Sarabjit Singh, who was condemned to death by the supreme court of Pakistan in 1991 for claimed spying and terrorism. Aishwarya Rai Bachchan, played the character of Dalbir Kaur, Sarabjit Singh’s sister, while Randeep Hooda presents the role of Sarbjit Singh. Starring Manoj Bajpayee and Rajkummar Rao, Aligarh showcases the tale of Prof. Shrinivas Ramchandra Siras of the Aligarh Muslim University, who was suspended from the college on the grounds of his sexual orientation. Manoj Bajpai, in the titular role of Prof. Siras, gave one of his greatest performances in the Aligarh movie. A movie based on a murder – No One Killed Jessica is based on the Jessica Lal murder case. Jessica, who was model residing in New Delhi was allegedly killed by Manu Sharma, the son of a Congress-nominated Member of Parliament, Vinod Sharma. However, Manu Sharma along with several others was acquitted by the court in 2006. The movie stars Rani Mukherji and Vidya Balan. Directed By Raj Kumar Gupta. Airlift is based on the largest human evacuation in the history of humankind – thousands of Indians who were based in Kuwait were evacuated by the Indian government after Saddam Hussain attacked the country. Akshay  Kumar who essayed the character of a Kuwait-based businessman, went on to win the National Film Award for Best Actor for his performance. Ram Madhvani’s Neerja showcases the highjack of Pan Am Flight 73, in Karachi, Pakistan. The conflict that took place on 5th November 1987, resulted in the death of 20 passengers which included the head purser Neerja Bhanot. The titular part essayed by Sonam Kapoor received the National Film Award for Best Actress for her performance.