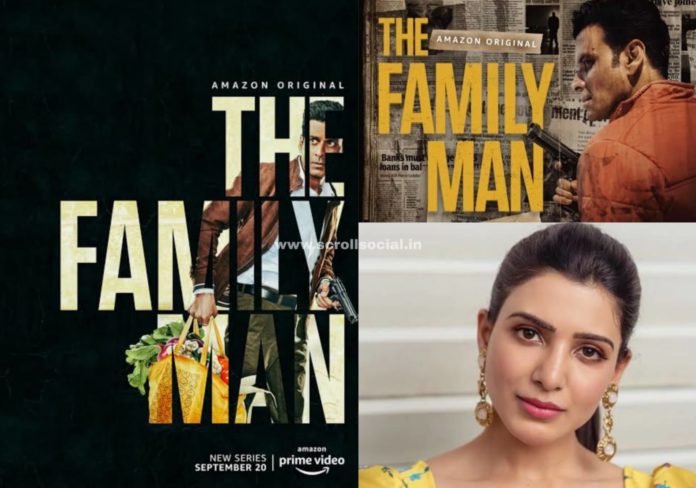 Family Man Season 2 Action, Thriller, and Drama series, The Family Man, is returning with its much-awaited season 2, as from the first season of Family Man, everyone praised the acting of Manoj Bajpayee and loved the Characters of every actor who played an active role.

The Family Man follows a middle-class man, played by Manoj Bajpayee, secretly working for the National Investigation Agency, a family man working as a senior analyst in the T.A.S.C force, a fictional wing of India’s Anti-Terror squad.

Here fans are waiting for the Family man 2. The first Season of Family Man was started streaming on Amazon Prime Video on September 20, 2019, with 10 Episodes.

The Amazon Original Series got an excellent positive reply from viewers in India and around the world.

The filming of the second season of Amazon series The Family Man 2 is completed, director duo Raj & DK announced on Monday.

The Family Man 2 will retain the original cast. Manoj Bajpayee will reprise his role as Srikant Tiwari.

Still, the latest addition Family man Season 2 to the cast is the Tamil and Telugu superstar, Samantha Akkineni Wife of Akkineni Naga Chaitanya, who will be debuting in the digital space with the Raj and DK directorial venture.

A post shared by amazon prime video IN (@primevideoin)

Talking about her web debut, Samantha Akkineni said, “With the digital space booming, I knew I had to be a part of this revolution. What more excellent way to make my digital debut, than with one of India’s most beloved series, The Family Man 2.

I have loved Director Raj & DK’s work, and given the global scope and standing of Amazon Prime Video, I couldn’t have asked for better partners.”

When asked about her role in the critically and commercially acclaimed show, Samantha replied, “The role I play for the show is diametrically different from anything I have done before. It will certainly surprise and delight my fans.”

Samantha recently dubbed for the project (Family Man 2) and in an Instagram live session also descried season two of Family Man as ‘kick-a**’. Since Samantha has accepted the series, fans can’t show to catch up on new episodes sooner than later.

Excited to start Family Man 2, Manoj Bajpayee said, “There is no greater feeling for an actor than being recognized by the audience and fans. The response received on my performance in The Family Man has been overwhelming, and I am grateful to Raj and DK and Amazon Prime Video for their faith in me and allowing me to play the flawed but extremely relatable Srikant Tiwari.”

The makers have not announced the release date yet.

But as per some reports, it may release in this year 2020, Shooting of Family Man 2 is finished, and some more parts of these movies are incomplete.

So whenever there is an update on The Family Man 2 release date, Amazon Prime Video will officially announce the date of Family Man Season 2.

Yes, users can download family man season 2 from Amazon Prime by subscribing the plan, which are available in different pricing and days like monthly and yearly.