Is Facebook, TikTok, Microsoft, and Some Others Stopping their Services in Russia? 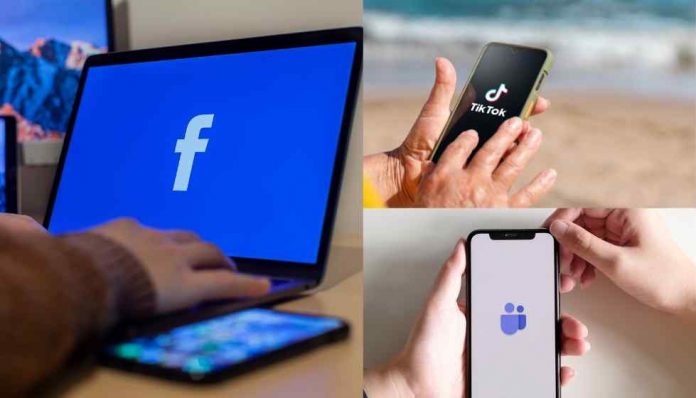 Russia is not just waging war in Ukraine. Since the beginning of the country’s invasion, Volodymyr Zelensky, the Kremlin has taken an increasingly hard line with Western social networks.

On Friday, the Roskomnadzor, the body in charge of regulating communications in Russia, announced that Facebook would no longer be accessible to its Internet users.

The move came after the social network announced changes to its policies due to the invasion of Ukraine. Also that the European Union took action against the Russian state media’ Russia Today’ and ‘Sputnik’.

“Since October 2020, 26 cases of discrimination against Russian media and information resources by Facebook. In recent days, the social network has restricted access to accounts: the Zvezda TV channel, the RIA Novosti news agency, Sputnik, Russia Today, the Lenta.ru and Gazeta.ru information resources,” Roskomnadzor states. in the statement.

Shortly after, the state agency RIA Novosti shared that the closure would also affect Twitter through social networks.

At the moment, they have not taken action against WhatsApp and Instagram, two tools that are also owned by Mark Zuckerberg and that have a larger number of users in Russia than Facebook.

The prohibitions adopted by the Russian regime seek to leave total control of the discourse on the war in the hands of the Kremlin. At least within the borders of the country.

“We are witnessing an information war what Russia is trying to control the media and restrict freedom of information. Social networks continue to be a tool for accessing information globally,” Sergio Carrasco Mayans, a lawyer specializing in digital affairs.

For his part, the jurist Borja Adsuara explains to this newspaper that we are witnessing policies typical of “times of war”: “The first thing that is done in war is to block the enemy’s propaganda.

The sad conclusion is that an open conflict between Russia and Ukraine is ultimately affecting users as well. We are all at war in cyberattacks, in limitations on access to publications from abroad and at an economic level».

TikTok, only to send messages

Be that as it may, the use of the Internet in the country governed by Putin is increasingly limited, either because of the Kremlin’s measures or because of the boycott of some technology companies.

The closure of Facebook in Russia has been joined by TikTok’s decision to block the upload for all Russian users. In a statement sent to ABC, the social network points to the government’s new ‘fake news’ law as the trigger for the measure: “We have no choice but to suspend direct and fresh content from our video service in Russia while we review the security implications of this law.

Currently, TikTok users can only use the tool to continue sending private messages to other users. At the moment, the moment in which the application will be fully functional again is unknown.

Russian users, however, are still able to access WhatsApp to Instagram. As we pointed out, two platforms have a greater number of users in the country than Facebook.

According to data from the analysis firm eMarketer, collected by the ‘Washington Post ‘, only 7.3% of Russian users use the social network Zuckerberg began to build his empire. In the case of Twitter, the figure drops to 4.9%. Meanwhile, 66.3% of Internet users use WhatsApp and 51.1% Instagram.

The favourite social Internet platform of Russians is YouTube. 74.5% of users say they use the Google-owned video site regularly. Although, like Facebook, it has blocked access to content made by state media and has also demonetized it, the Kremlin has not, for the moment, taken any concrete measures by way of punishment.

As reported by ‘ The Verge ‘, the parent company has shared its decision to paralyze its advertising system in Russia. Something that will especially harm the pocket of the American technology company.

The music application Spotify, for its part, has chosen to suspend premium subscriptions in the country, which greatly limits the use of its services. It has also closed its offices in Russia and has removed all content poured into Russia Today and Sputnik.

Even more blunt has been Netflix, which has announced the total closure of the platform in Russia. According to ‘The Wall Street Journal’, the service of series and movies in ‘streaming’ does not reach a million users in the country.

Without Apple, Microsoft or Nintendo

If Apple already said more than a week ago that it stopped selling devices in Russia, Microsoft got off the hook a few days ago making the same promise.

Specifically, the company reported in a statement last Friday about the suspension of “all-new sales of Microsoft products and services in Russia.” Something that affects both the company’s hardware and software. Also, about Xbox, which depends on this technology.

The new policies prevent users from accessing new devices and services, but they do not leave helpless all those who have already acquired or contracted them.

Nintendo, for its part, notified this weekend of a temporary closure of its online store in Russia because “the payment service used in Nintendo eShop has suspended the processing of payments in rubles.” This implies that users do not have access to new digital games.

Meanwhile, PlayStation has not made any statement regarding the conflict. According to information from the specialized media’ Eurogamer ‘, ‘Gran Turismo 7’, the last great exclusive of the firm, has been withdrawn from the Russian PlayStation Store.

Electronic Arts and CD Projekt are other major video game companies that have announced actions against Russia. The first, owner of the popular FIFA soccer saga, made a statement a few days ago informing about the withdrawal of its titles and services in the country governed by Putin. The second has done the same, as recently confirmed in a publication on social networks.