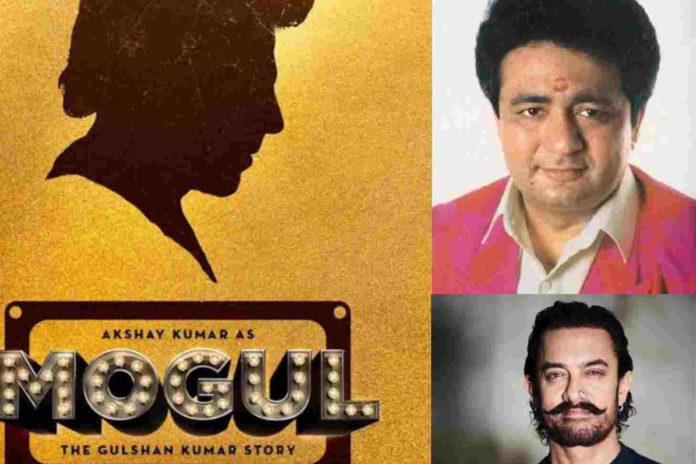 Aamir Khan’s upcoming movies are Laal Singh Chaddha, Mogul, an untitled film a remake of Vikram Vedha, which is a Tamil movie along with Aamir Khan, Saif Ali Khan will be portraying a lead role.
In the Tamil version of Vikram Vedha, lead roles played by R. Madhavan and Vijay Sethupati.

At first, Akshay Kumar was initially cast as Gulshan Kumar’s role, but he left the film. After that, Aamir Khan was chosen as the lead role for Gulshan Kumar biopic.

After the concern of Director Subash Kapoor Molestation case has known as a false, Shubash Kapoor, then he back to his track, and he will be directing the Mogul movie.

Gulshan Kumar started his journey by selling music cassettes. He shifted to Mumbai and owned a music studio for songs recording then he started his carrier in the music label Industry.

His music label name was Super Cassettes Industries Private Limited, and after entering Bollywood, he changed it to T-Series.

Gulshan Kumar worked hard and earned a lot of money; as we know, when someone is in peaks of success, competitors feel jealous.

On August 12, 1997, Gulshan Kumar died due to the Gunshots on his head and other upper body parts, he was shot 15 or 16 times. He was in a shooting outside the Jeeteshwar Mahadev Mandir, of which he visited daily in Jeet Nagar, Andheri West suburb of Mumbai.

Gulshan Kumar had received two threatening calls, on 5 and 8 August 1997, he declined to pay the extortion money. The contracted killers, including Rauf and Abdul Rashid, conducted surveillance for a month but did not progress because of the armed bodyguard. At 10.40 am, while returning from the temple, he was faced by one of the assassins who said: “Bahut puja Kar li, ab upar ja ke Karna (you have done enough puja, now do it up there).” Initially, Gulshan Kumar survived and asked shelter in nearby huts, but tenants shut their doors. His driver Suraj was shot in both legs as he tried to shelter Kumar.

A Mumbai underworld organization called D-Company is supposed to have been responsible for this assassination, well everyone knows Dawood Ibrahim controls D-Company.